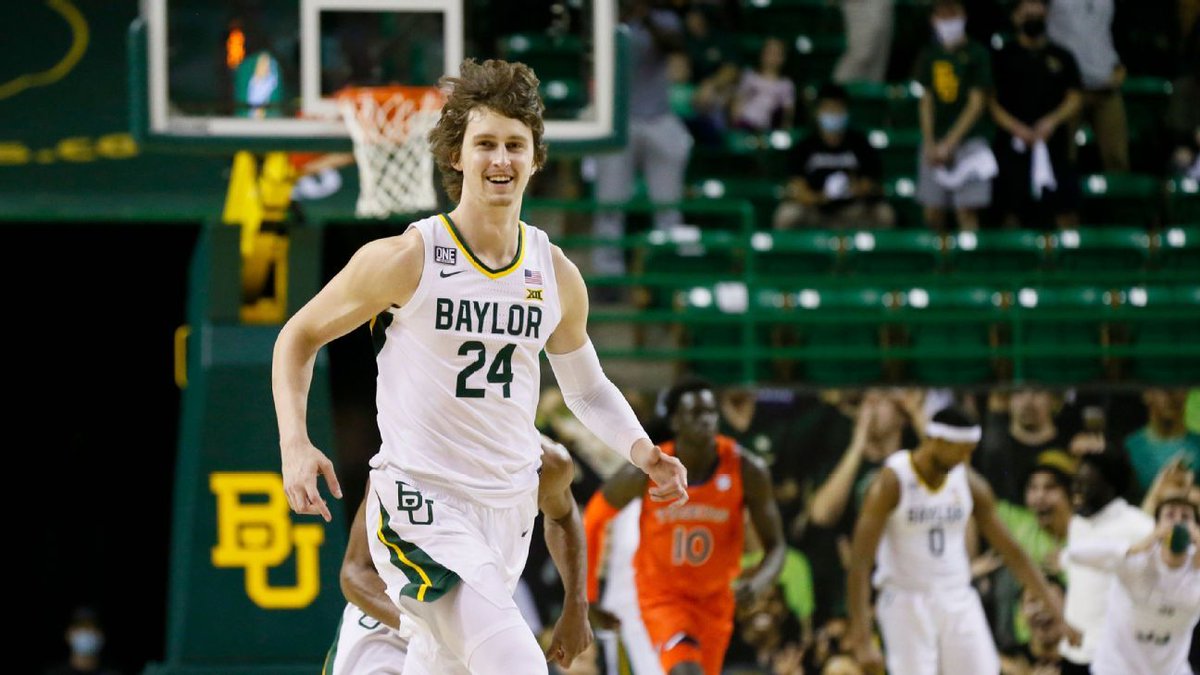 Matthew Mayer, a four-year player and former starting forward at Baylor, has announced his intention to play his final season of college basketball at Illinois.

CHAMPAIGN, Ill. -- The transfer portal has once again been kind to the University of Illinois men’s basketball program. 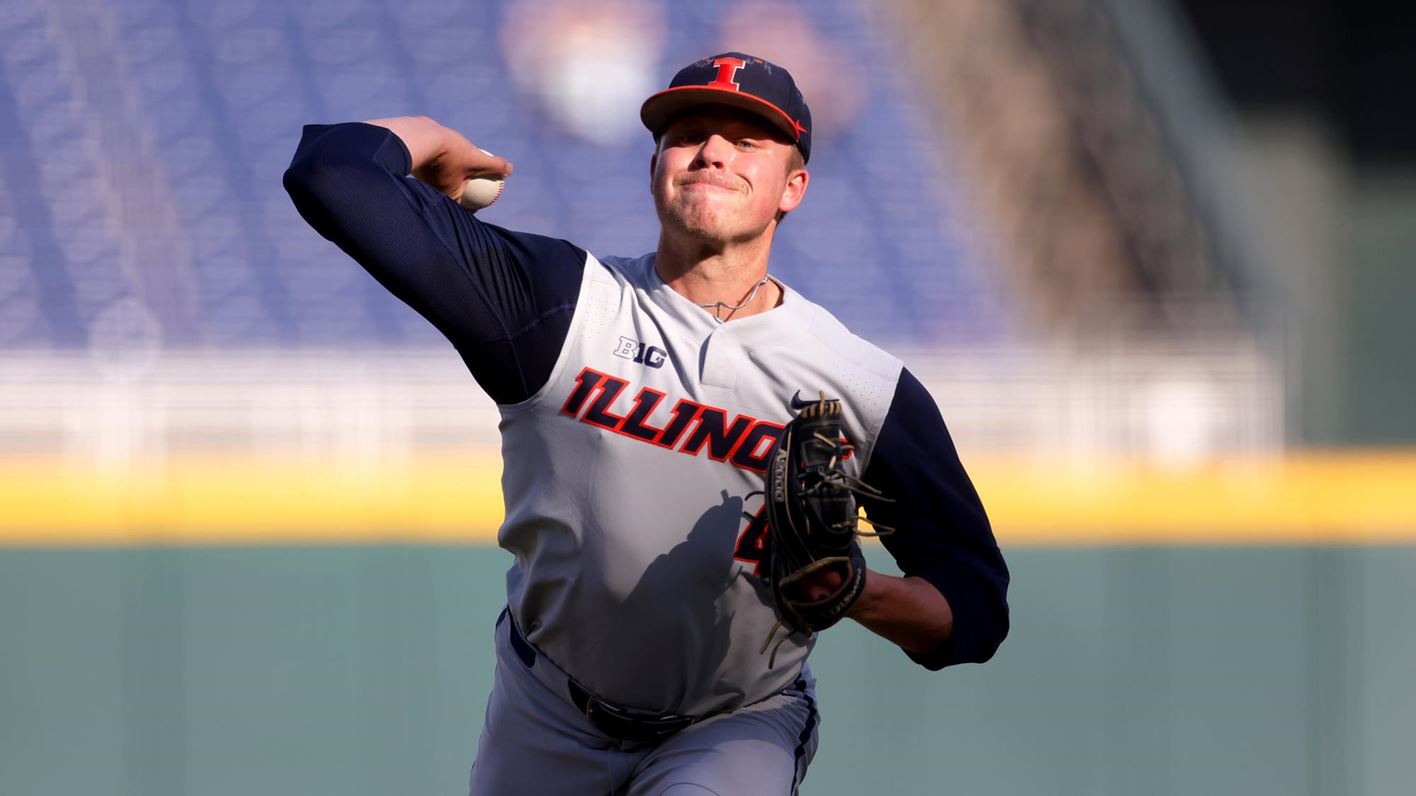 Illinois’ 8-1 loss to Indiana in the elimination game of the 2022 Big Ten Baseball Tournament on Friday night ended their season with a 31-22 record.

The baseball season for Illinois is over. 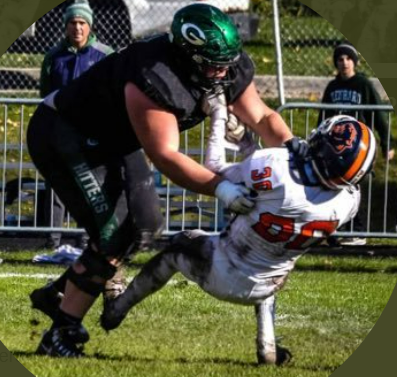 Recruiting: Fighting Illini Football Targets One of the Nation's Best

The Fighting Illini are going up against the big boys in the Big Ten looking for players; not since the Ron Zook era has recruiting been this fluid. 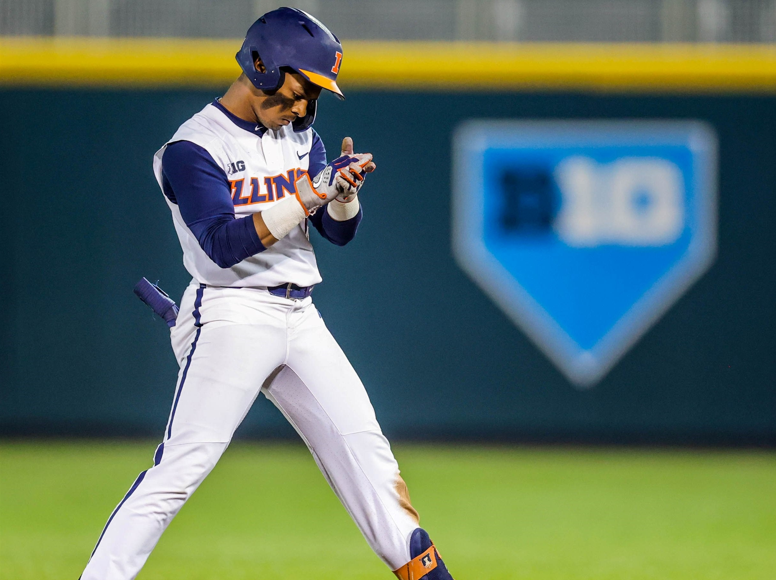 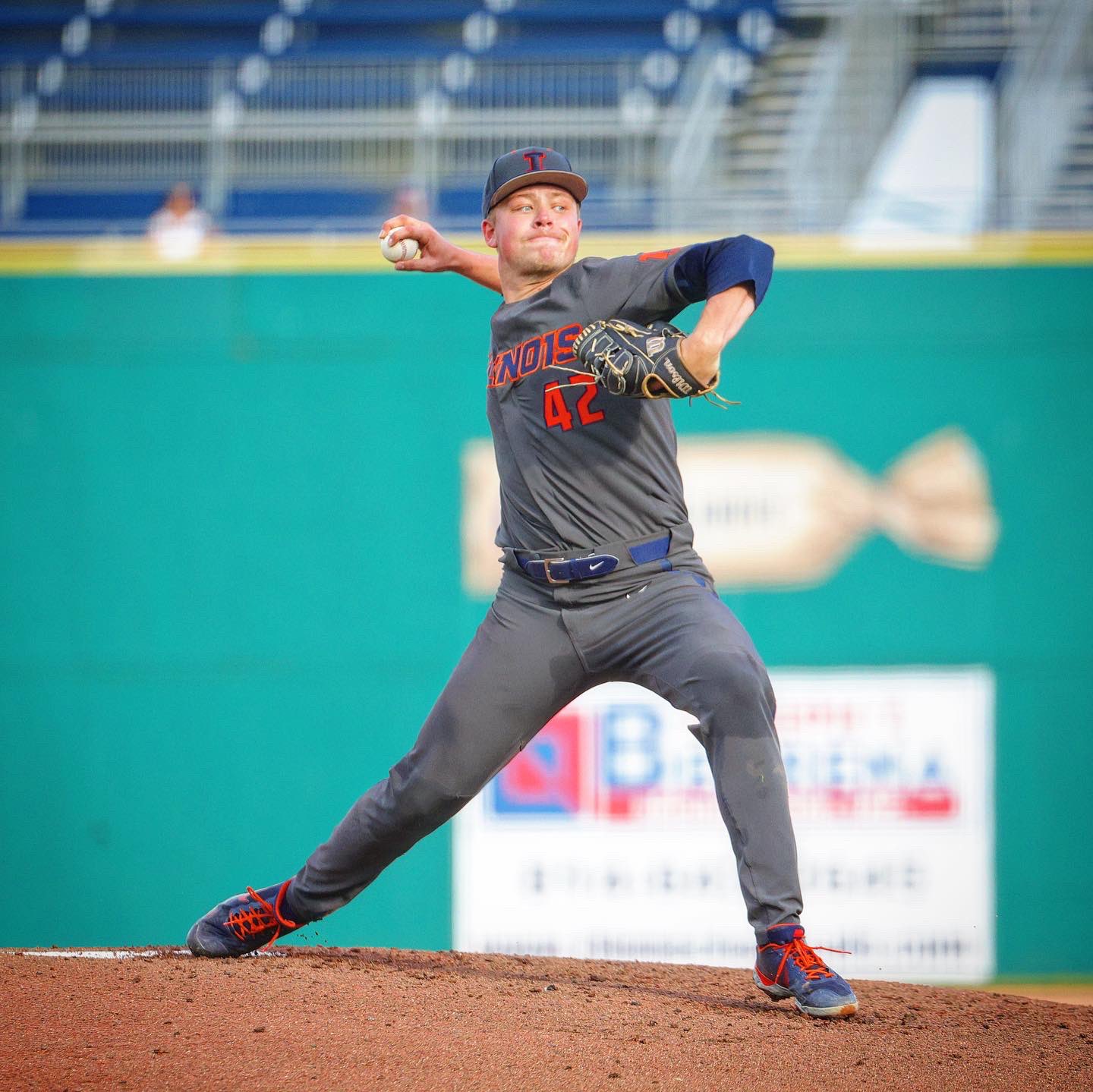 While Illinois head coach Dan Hartleb is trying to allow for a slim chance of an NCAA at-large berth, Illini will need its first conference tournament title in 11 years to extend the 2022 season.

Only Mother Nature seems to know when the 2022 Big Ten Baseball Tournament will begin but Illinois head coach Dan Hartleb seemingly knows how this event has to end for his program. 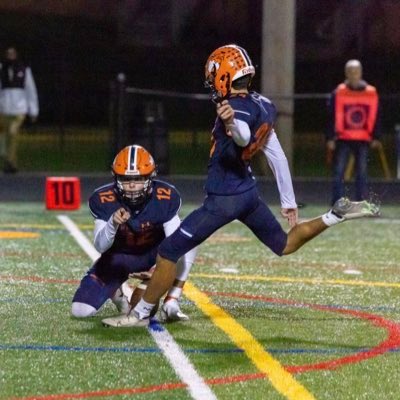 Naperville North’s David Olano, arguably among one of the best placekickers, says he wants to stay home with his college choice and is eager to get an offer from Illini staff.

David Olano says he understands, accepts and is trying to be patient with the being one of the nation’s best in his recruiting class but without offers from any Power Five Conference schools. 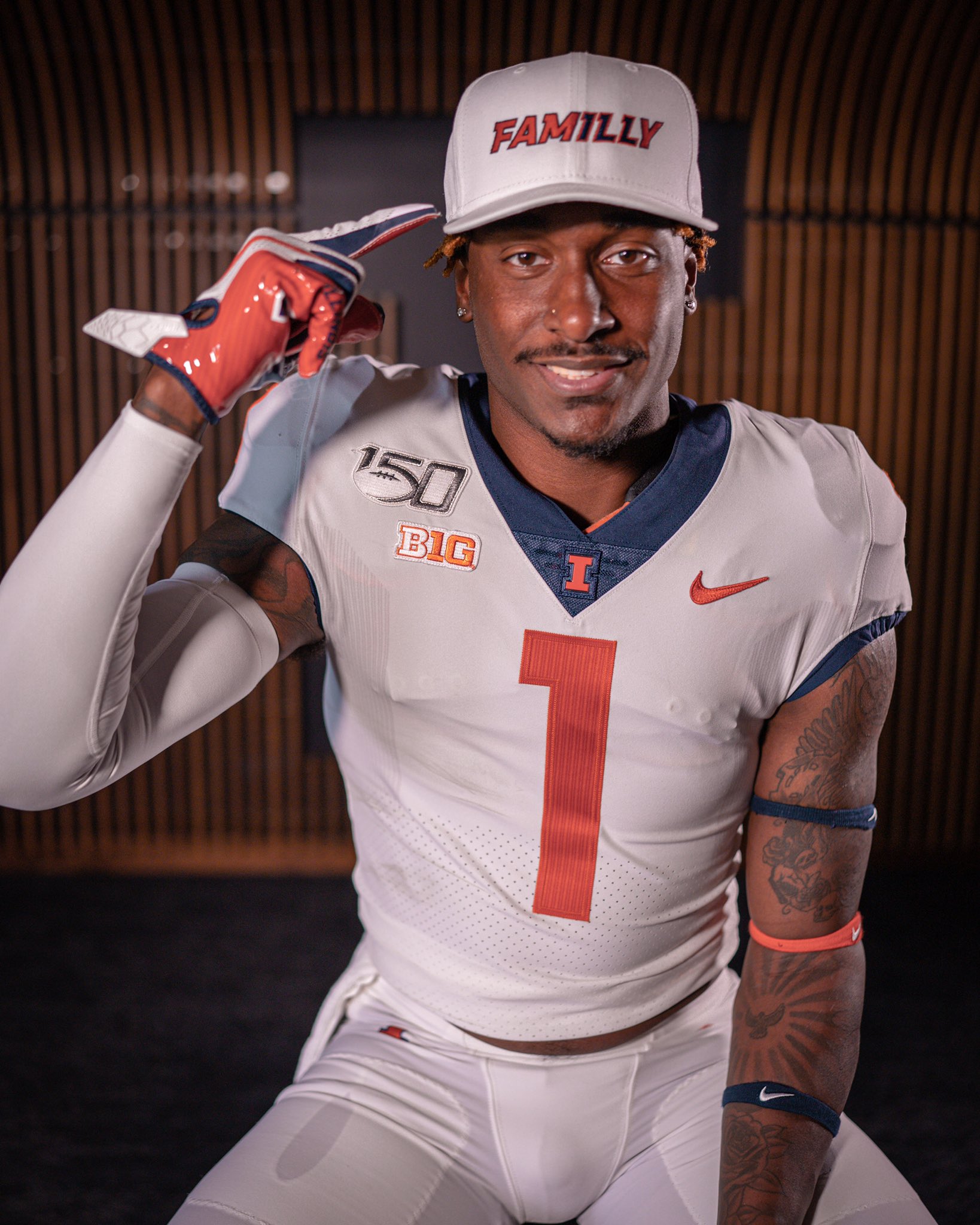 Coach Bret Bielema's staff has left no stone unturned when it comes to adding talent to the program and while you may have heard some strange stories thus far on this site, Morris' story makes for a whole other chapter. 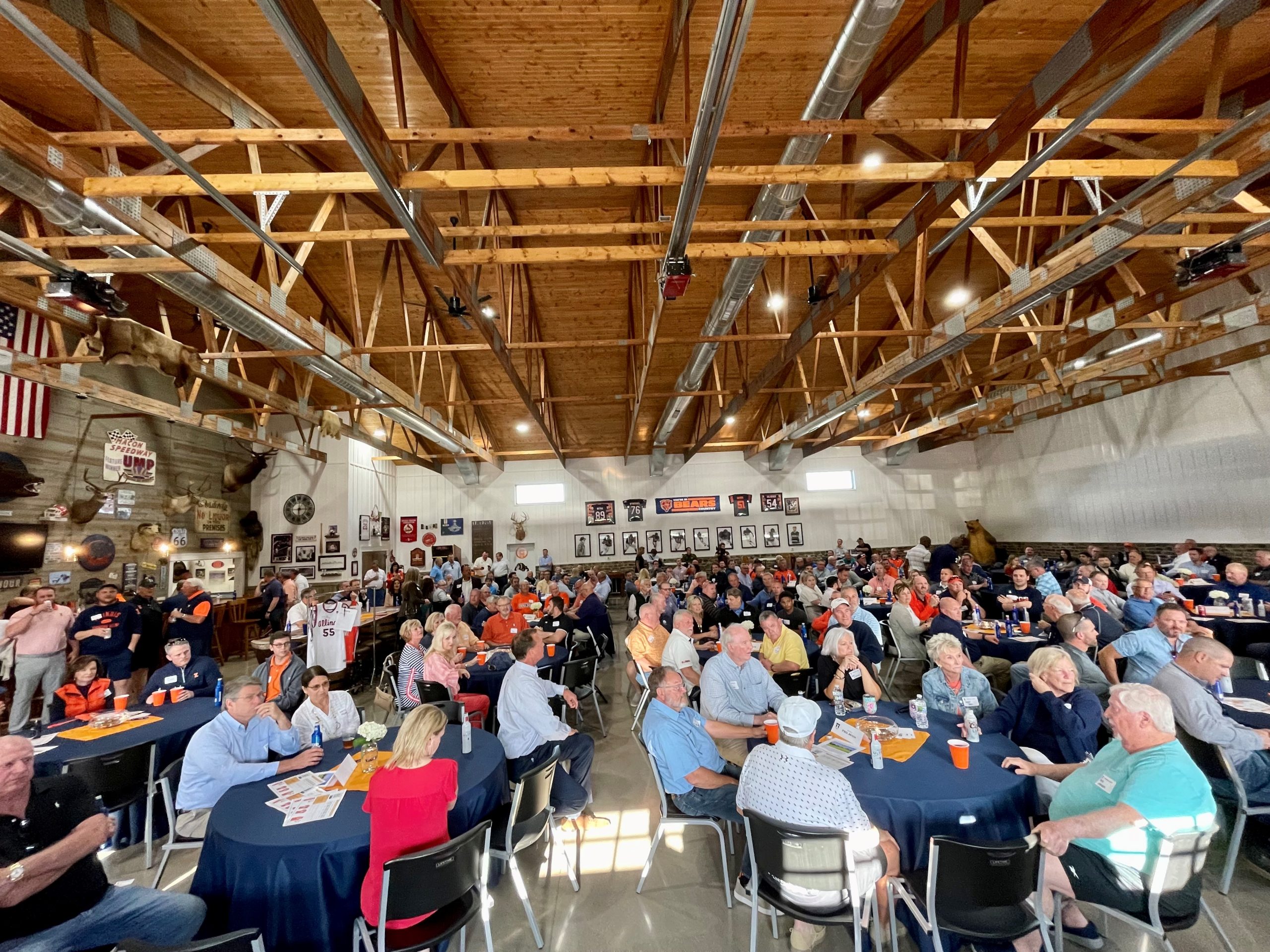 FOR IMMEDIATE RELEASE   IlliniGuys.com Teams Up with Illini […]

Mason Muragin made the visit to Champaign, Illinois, a visit which has been different from other schools recruiting Muragin. 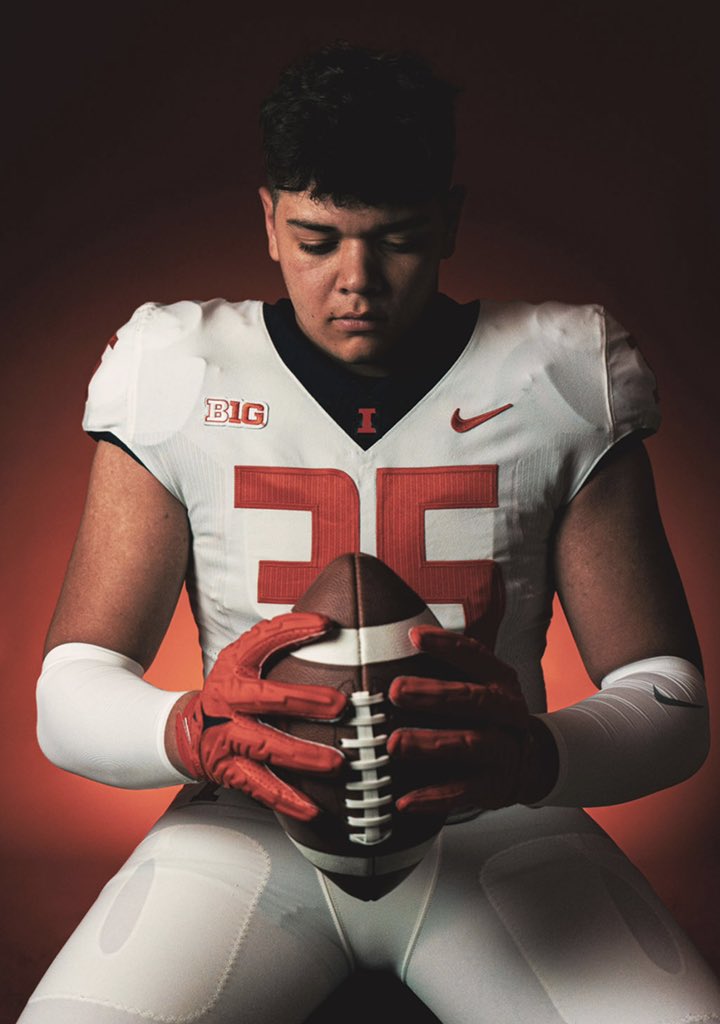 Illinois has been very successful when it comes to landing high-profile linemen as of late. The Illinois staff and track record of player development and NFL products is an easy sell and they're hoping that continues this summer.

The Illini are in a battle for the services of Dante Barone, a 6-foot-3, 245-pound defensive lineman from Princeton, New Jersey.

"I'm grateful for all my offers. When Illinois did, I wouldn’t say I was surprised, I expected it. I had been talking to coach Buh and Jamison for a little while; they let me know I was very high on their radar so I was definitely hopeful," Barone said. 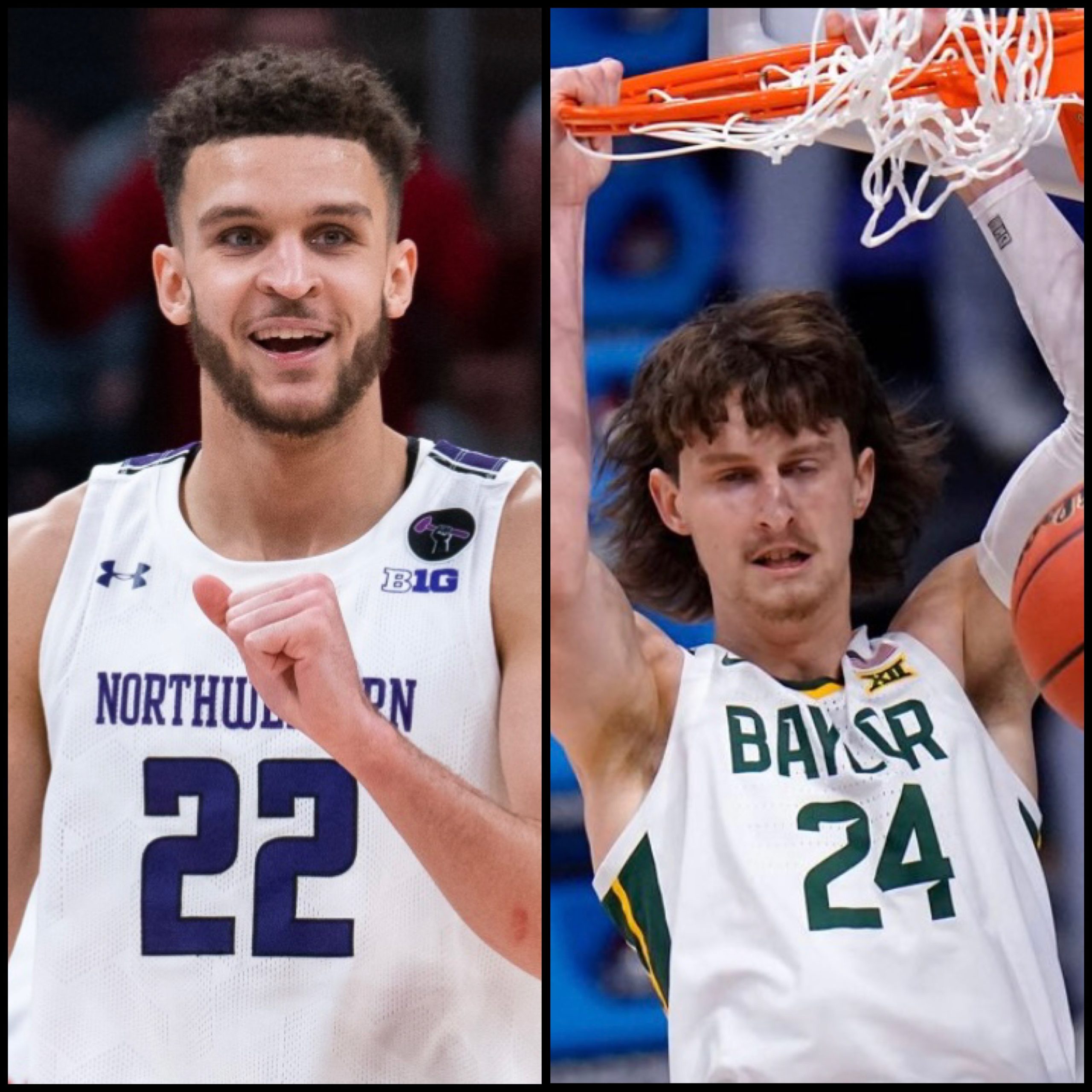 The NBA Draft Combine is over and now the ramifications of player reactions to the information they received from NBA scouts and executives will play out over the next few days. 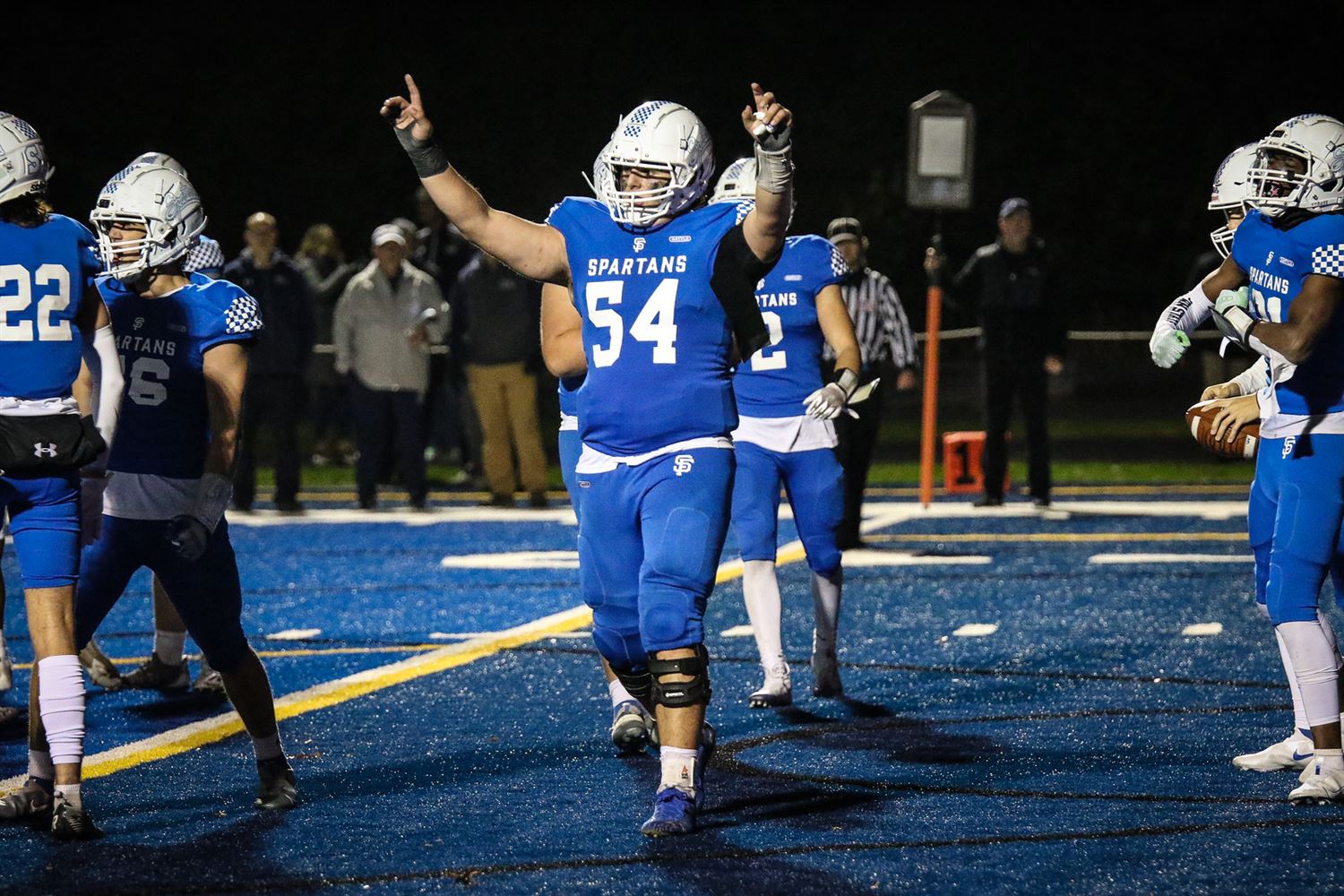 The Illinois football program is light years ahead of the recruiting game compared to recent years. The Illini are no longer the team waiting until the spring to get commitment from players.

TJ McMillen is a 6-foot-3, 270-pound strong-side DE from Wheaton, Illinois, who verbally committed to Illinois on Friday, but made it official Saturday on his Twitter account.

We caught up with McMillen to find out what made Illinois so special to him considering all the offers he was able to choose from; for example, Arizona State, Boston College, Duke, Kansas State, Missouri, Nebraska, Penn State, Purdue, and Texas Tech.

Here is our Q and A session with the three-star in-state commit Saturday afternoon:

The 2022 season is over for the Illinois softball program. 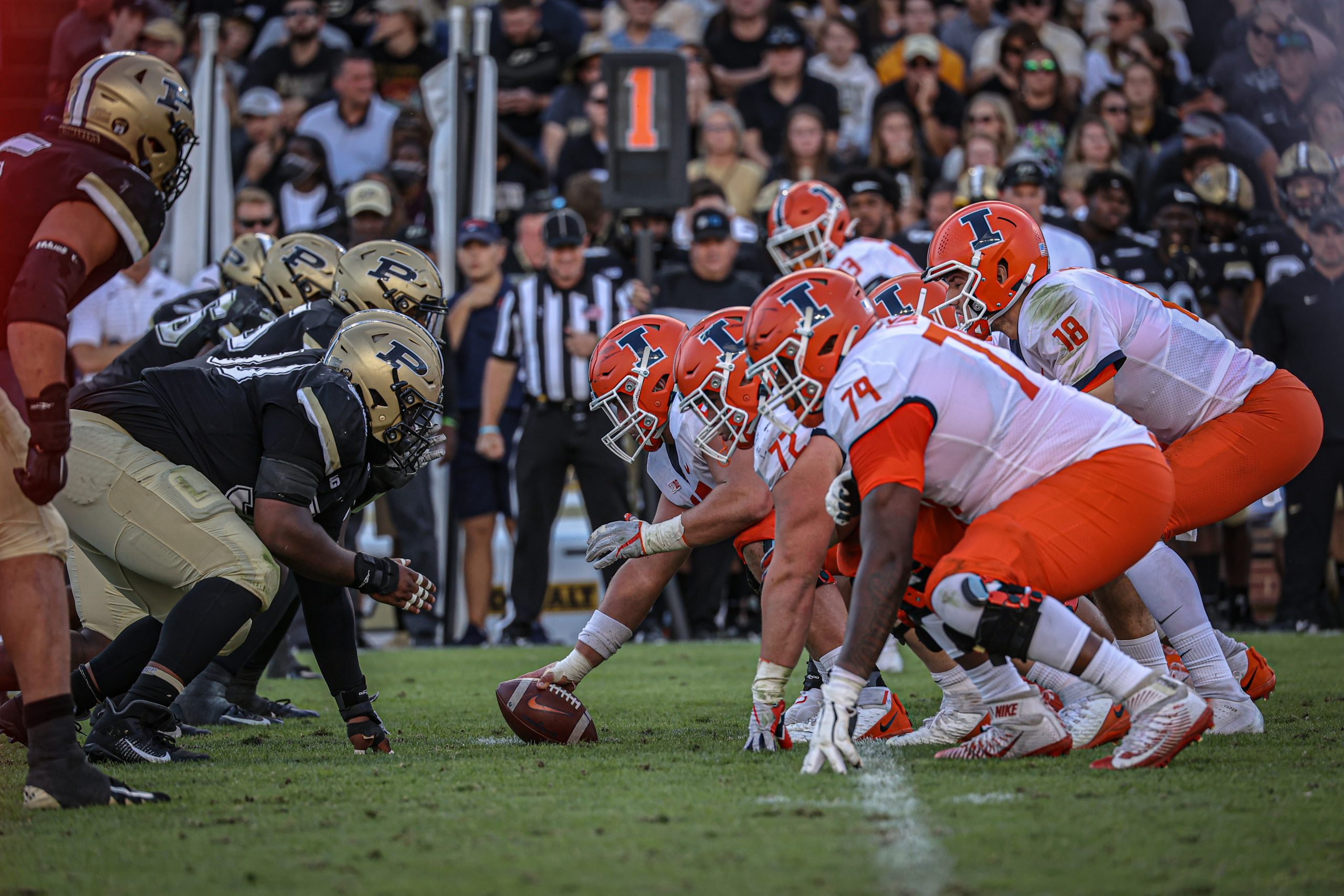 The commitment of three-star offensive lineman TJ McMillen continues the trend of in-state prospects pledging to the Illini’s 2023 class.

McMillen, who is a 6-foot-3 and 270-pound interior offensive lineman and defensive tackle at St. Francis High School in Wheaton, announced his verbal pledge to the Illini’s 2023 class on Saturday afternoon. McMillen now joins four-star tailback Kaden Feagin from Arthur and three-star Antwon Hayden from East St. Louis as the three commitments to the Illini’s 2023 class.

“From a young age, I’ve always dreamed of playing college football - it’s in our blood,” McMillen wrote in his commitment announcement on social media on Saturday. “So many people have helped me reach this goal.” 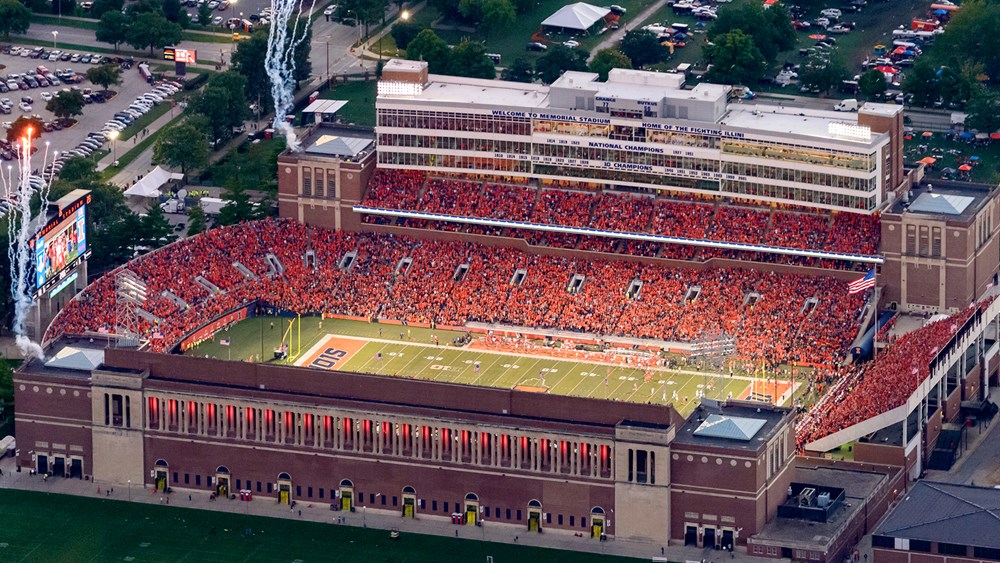 Three-Part Editorial Analysis: Part Three of the NCAA Messages Sent Out With Its Latest “Guidance”

The guidance sent out by the NCAA Division I Board of Directors plainly states somebody is getting hit and hit hard with violations.

Three messages were sent out through the NCAA office on Monday evening. Two were subtle and the final one was not.

Let’s take a moment to break down each of them through the past, present and future of what the NCAA’s Division I Board of Directors stated in what they’re called “guidance”.

NCAA Message No. 3 (A blunt one): Somebody is getting investigated and hit hard by the NCAA enforcement staff.

In part one and part two of this series, we’ve already established how this “guidance” has identified why the NCAA Division I Board of Directors thinks we’re here (name, image and likeness) and what is the problem (NIL collectives), the final message was simple. What are they going to do about it? The answer is the same thing the NCAA always does. Identify the worst case scenario and punish them in the hope that the rest of the institutions see the immediate and future damage caused and fall in line.

“For violations that occurred prior to May 9, 2022, the board directed the enforcement staff to review the facts of individual cases but to pursue only those actions that clearly are contrary to the published interim policy, including the most severe violations of recruiting rules or payment for athletics performance,” the NCAA statement reads.

“This is the time we have to put our stake in the ground. Enough! This is not acceptable,” Colorado athletic director Rick George, who is a former University of Illinois football player and alum, said emphatically to Sports Illustrated. “What we’re doing is not good for intercollegiate athletics, and it has got to stop.”

One of the highlighted examples of possible future exploration and investigation by the NCAA enforcement staff would almost certainly be John Ruiz, a lawyer in Miami whose current NIL payroll includes more than 100 Hurricanes athletes across a variety of sports. Ruiz has publicly on social media professeed that he expects to spend $10 million this year to have players endorse his two companies, LifeWallet, a healthcare application, and his boat racing operation called Cigarette Racing Team. Ruiz created a recent firestorm over social media when he used his own Twitter account to announce that Miami received a commitment from Kansas State transfer guard Nijel Pack after Ruiz had signed the hoops star to a two-year contract for $400,000 a year.