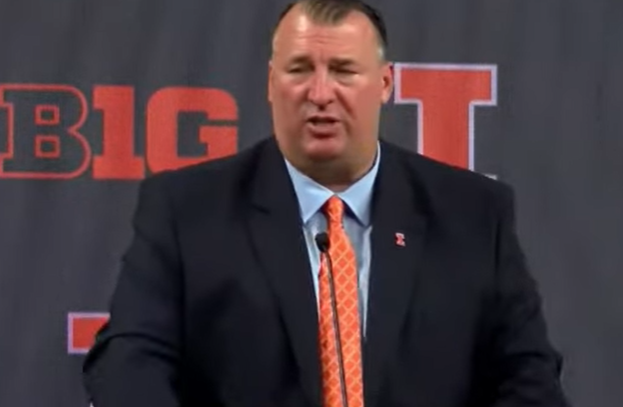 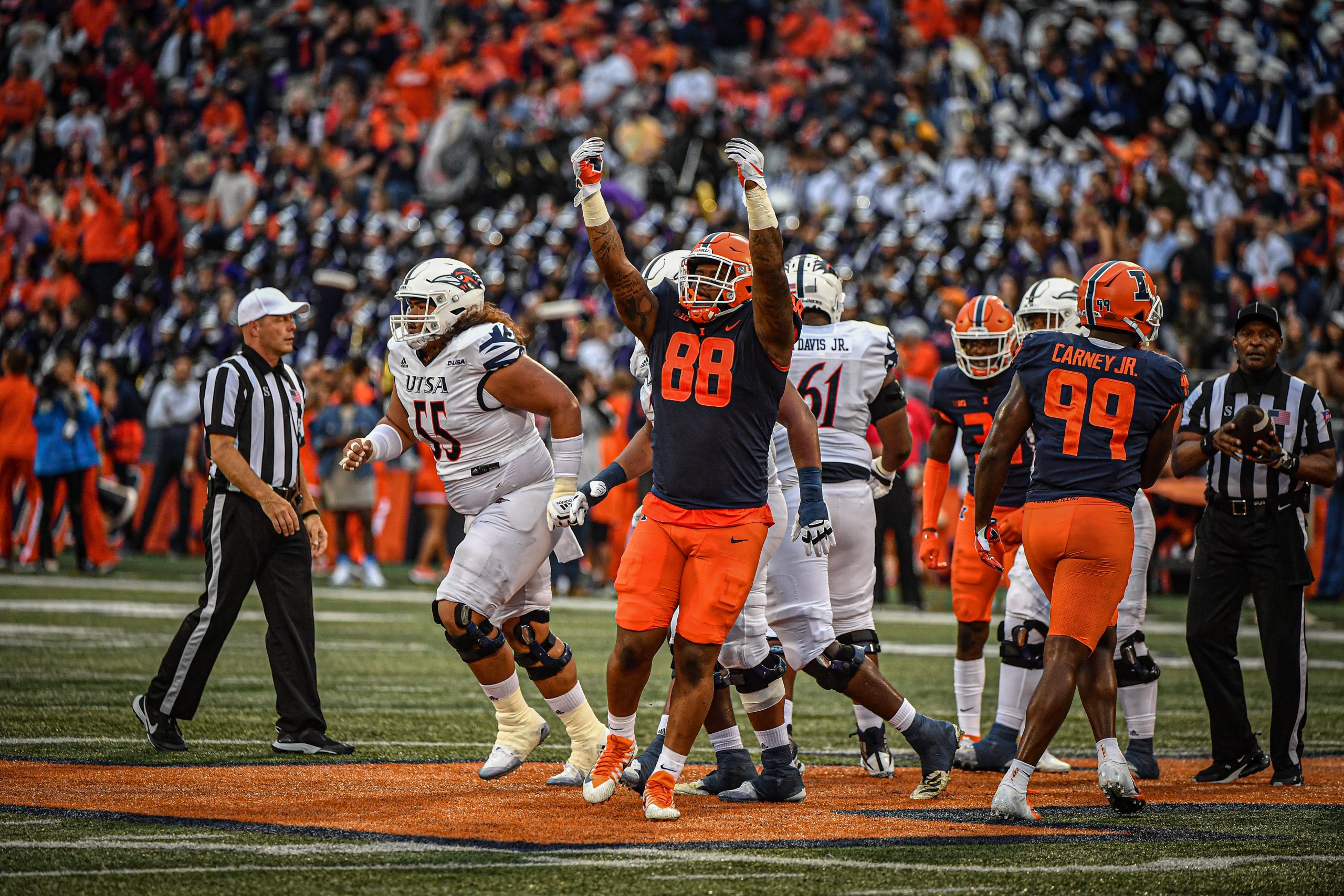 INDIANAPOLIS -- Illinois released its official 2022 roster heading into the beginning of fall preseason camp this Saturday.

Here are a few notes regarding the roster...

IlliniGuys.com can confirm no roster casualties in Bielema's program after the conclusion of the May 1 deadline. 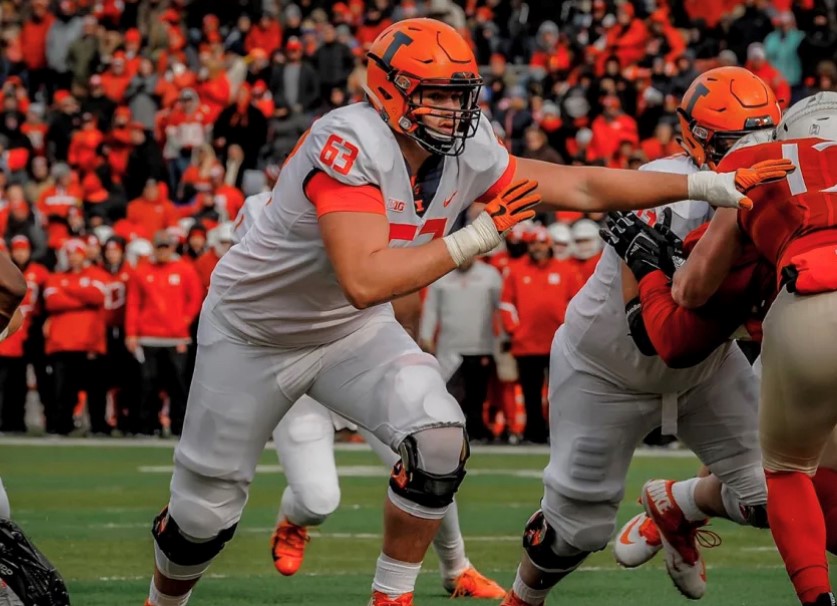 Alex Palczewski will begin his sixth and final season […] 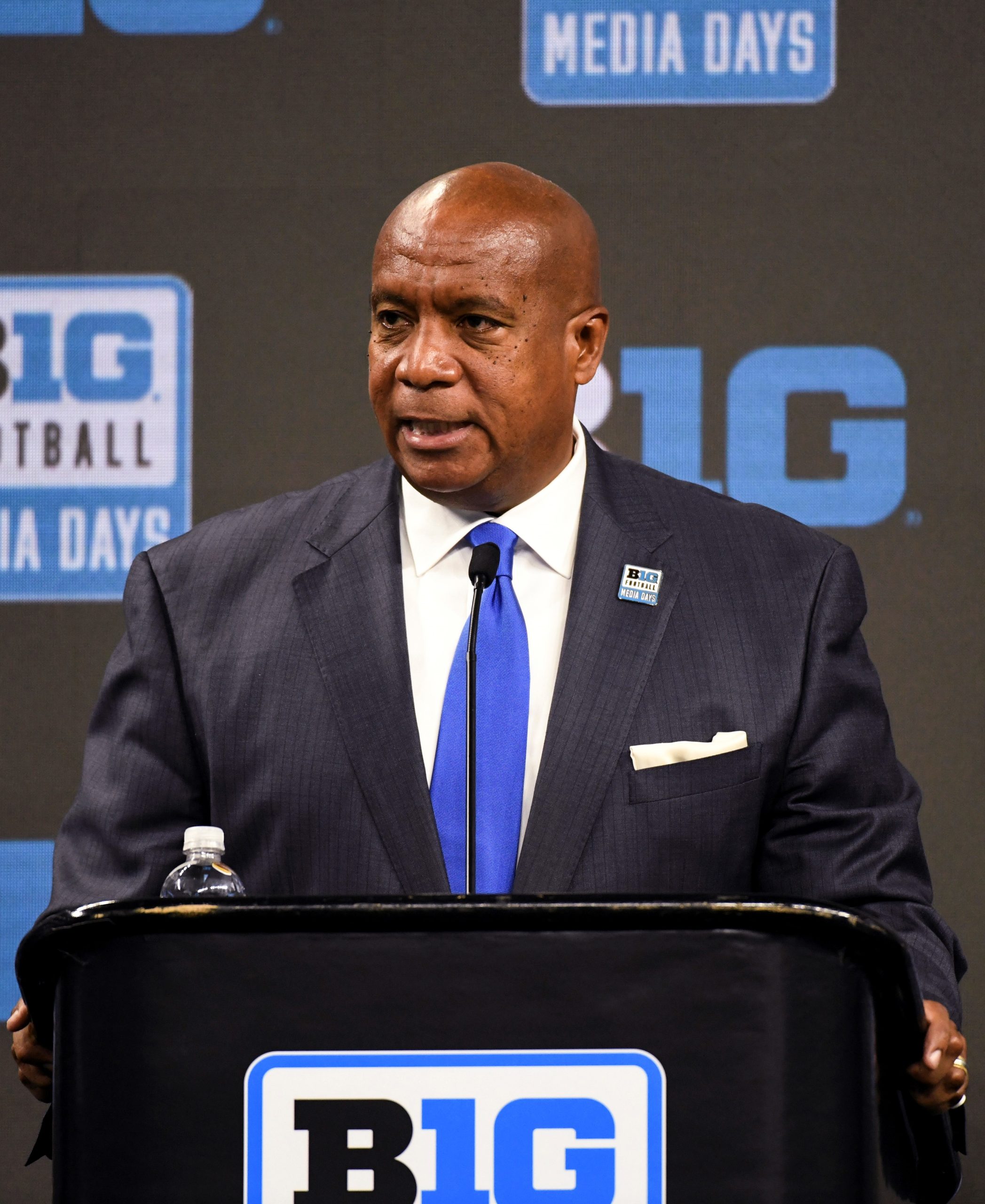 COLUMN: So, Who is Kevin Warren Lobbying For Big Ten To Make Bold Expansion Moves? Probably His 14 (And Future 16) League Bosses

Kevin Warren is confident enough now to lobby the Big Ten chancellors and presidents at possible expansion and to get out of a “Sears & Roebuck” mentality moving forward.

And why the heck not, right?

“When I think about how far we've progressed these last few years, my heart is warm,” the Big Ten Conference commissioner said in his introductory speech Tuesday morning.

Yeah, that summer California sunshine he’s inherited can do nothing but certainly heat up your body, heart, mind and soul. The addition of Southern California and UCLA, regardless of who may have contacting who, allowed Warren use words like “transformation, strength, power, boldness

In last year’s version of the state of Big Ten speech, Warren stood at the podium at Lucas Oil Stadium and absolutely made no friends with the word salad that was regurgitated following the public whipping he took on behalf of his 14 bosses inside the Big Ten Council of Presidents and Chancellors when they got to skate over COVID-19 issues in 2020. On Tuesday, Warren finally had the opportunity to speak with his chest puffed out with a swagger of newfound confidence. And the leader of arguably one of the most important identities in college football spent most of time as a lobbyist. Warren stressed the Big Ten Conference needs to continue to make bold, strategic moves similarly to the expansion inclusion of USC and UCLA in order to build the cash cow of college football into what is slowly but surely becoming a Power Two and however many also-ran leagues exist in the future of the sport. 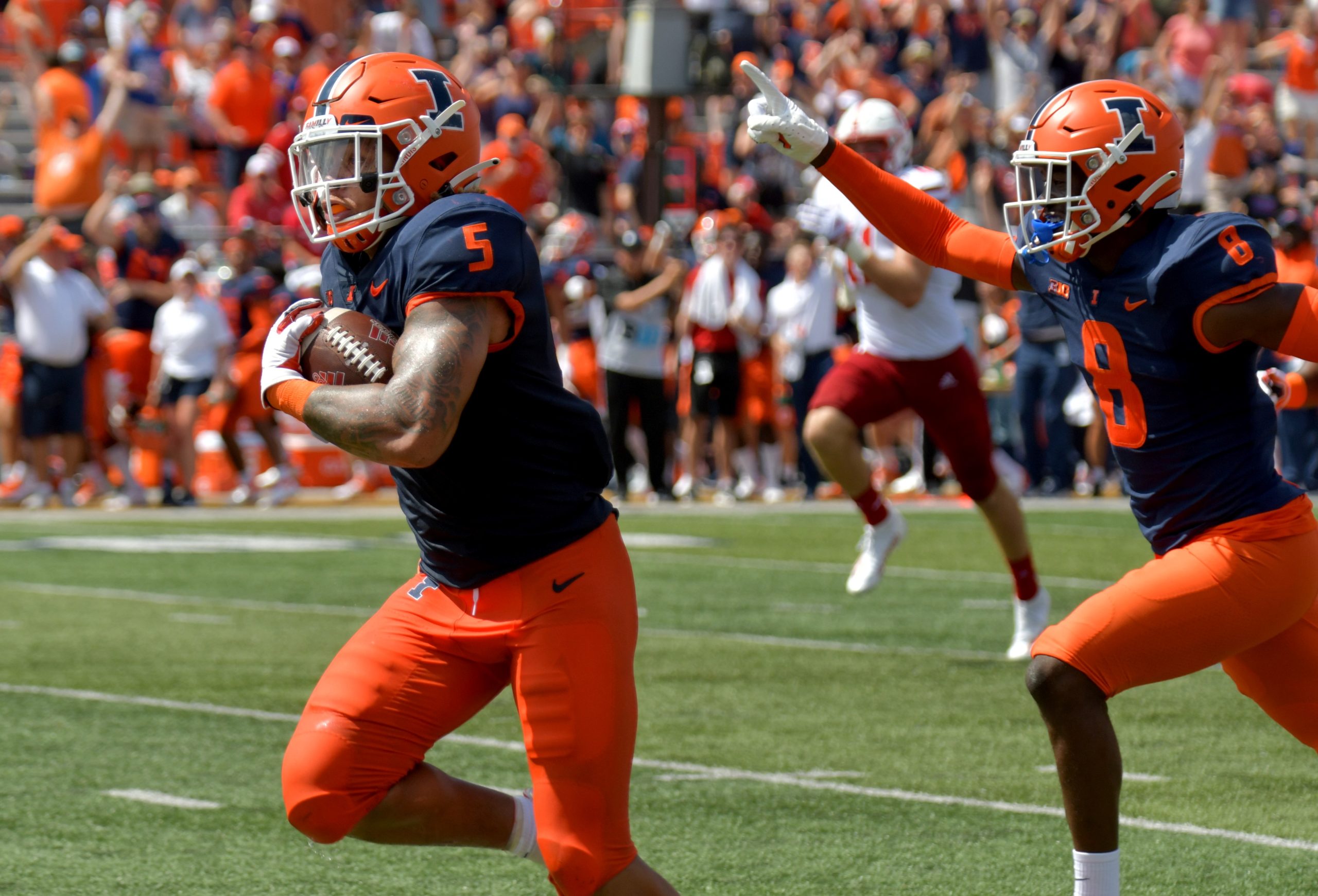 The road to recovery for Illinois linebacker Calvin Hart Jr. includes being nominated among 51 players for the 2022 Butkus Award.

CHAMPAIGN, Ill. -- Calvin Hart Jr. needed just one game last season to get on the watch list for Butkus Award in the following season.

And that’s a really good thing because one game is all he got in the 2021 campaign. Hart was arguably the premier member of Bret Bielema’s debut as Illinois head coach last August in a 30-22 victory over Nebraska on national television. Hart, who transferred to Illinois from North Carolina State, was named the Bednarik Award National Player of the Week honors and the Big Ten Defensive Player of the Week following 1.5 TFLs and a 41-yard fumble return touchdown in the first half before suffering a season-ending knee injury in the game that forced him to miss the remainder of the season. 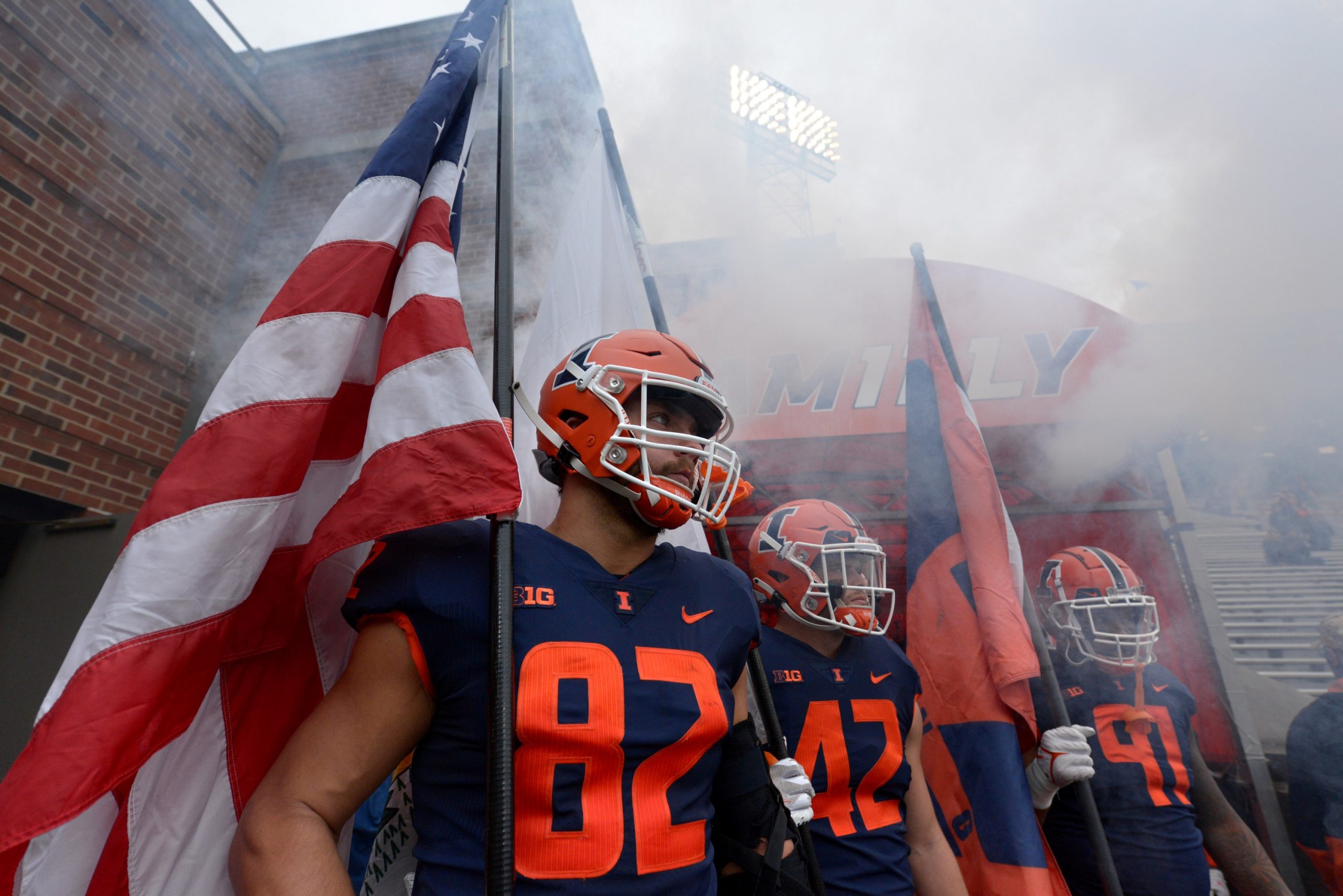 Illinois tight end Luke Ford has been nominated to the 2022 John Mackey Award preseason watch list as Bret Bielema tries to maximize his potential in an Illini uniform.

URBANA, Ill. -- Bret Bielema knows what a John Mackey Award looks like and would like to see his projected starting tight end get close to level.

Luke Ford, who is entering his final season at Illinois, was one of 54 tight ends to appear on the 2022 preseason watch list for the award given to the nation’s best tight end in college football. Ford, a 6-foot-6 and 260-pound tight end from Carterville, finished this past season with just 15 receptions for 114 yards and two touchdowns last season. All of these career-high numbers for Ford, a former five-star tight end prospect who originally signed with and played his first season at Georgia, still represent a slightly disappointing set of results for a four-year career that he’s publicly said he’d like to reverse in his final season in Champaign. 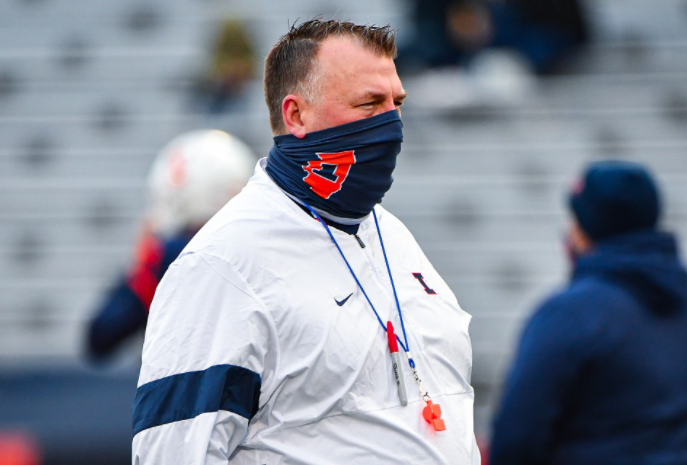 Illinois head coach Bret Bielema was able to confirm some late additions to the 2022 roster via the transfer portal and a couple of players who will be unable to start fall camp healthy.

URBANA, Ill. -- Less than a week before the start of preseason camp for the 2022 season, Illinois head coach Bret Bielema confirmed some minor news to local media Monday before the beginning of his charity golf tournament at Atkins Golf Club. For the 50th time, the Big Ten Conference will host its annual media event ahead of the college football season. The event is scheduled to take place from Indianapolis, Indiana, July 26-27 at Lucas Oil Stadium.

Although every big name will be there, the headliners will likely be the star of the event. Bret Bielema, Mel Tucker, Pat Fitzgerald, Ryan Day, and Jim Harbaugh are a few of the notable coaches. On the players side, the complete list is below. For the full schedule and appearances, go to this page provided by the conference. 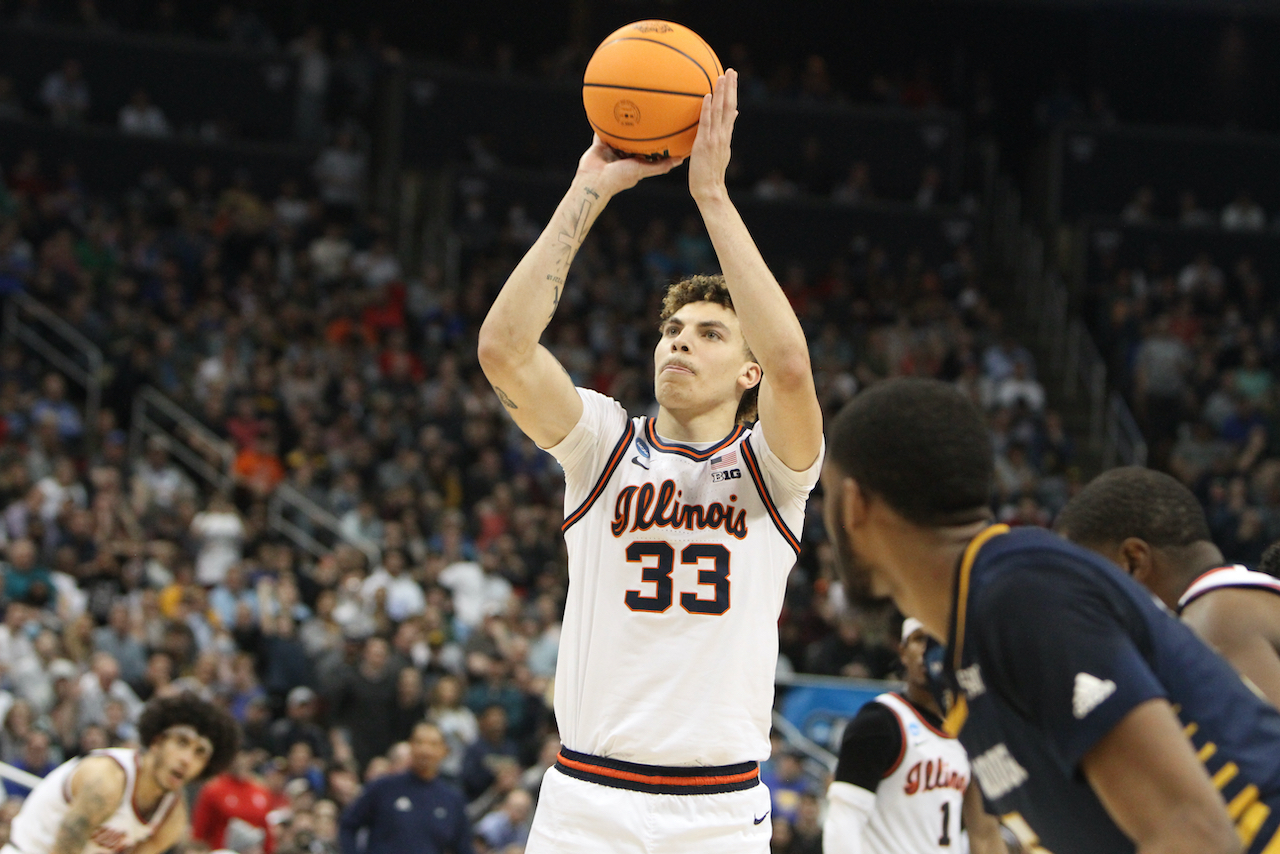 Today’s high school basketball and football players no longer say to coaches or recruiting gurus: “I’m going to a school that will help me get to the NBA.” Now they say “I want a coaching staff that can develop my talent and maximize it.”

Prior to Illinois head basketball coach Brad Underwood, Illinois having players who play in the NBA was like saying they would reach the Final Four for six consecutive years.

Illinois landed highly touted guard Ayo Dosunmu from Morgan Park, who developed into a first team All-American, did things at Illinois and college in general that other players could not do for years. Dosunmu was drafted by the Chicago Bulls late in the 2021 second round, 38th pick to be exact, shocking those who watched him play and all those who coached him.

Underwood said he believes the 2022-23 roster has a few guys that could potentially play in the NBA. 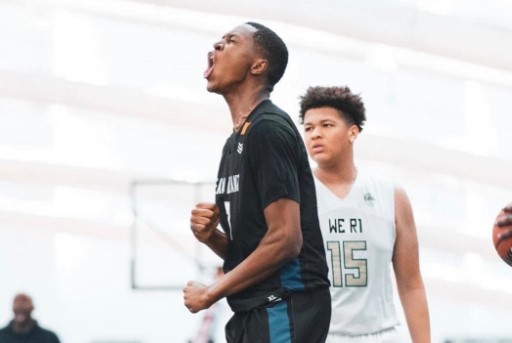 Cam Ward is a freshman who plays AAU basketball for Team Durant, a teammate of prime Illinois target Amani Hansberry.

The staff was tracking Hansberry of course, but also saw all they needed to offer the 6-foot-6, 180-pound forward from Upper Marlboro, Maryland, a scholarship as soon as the game was over. 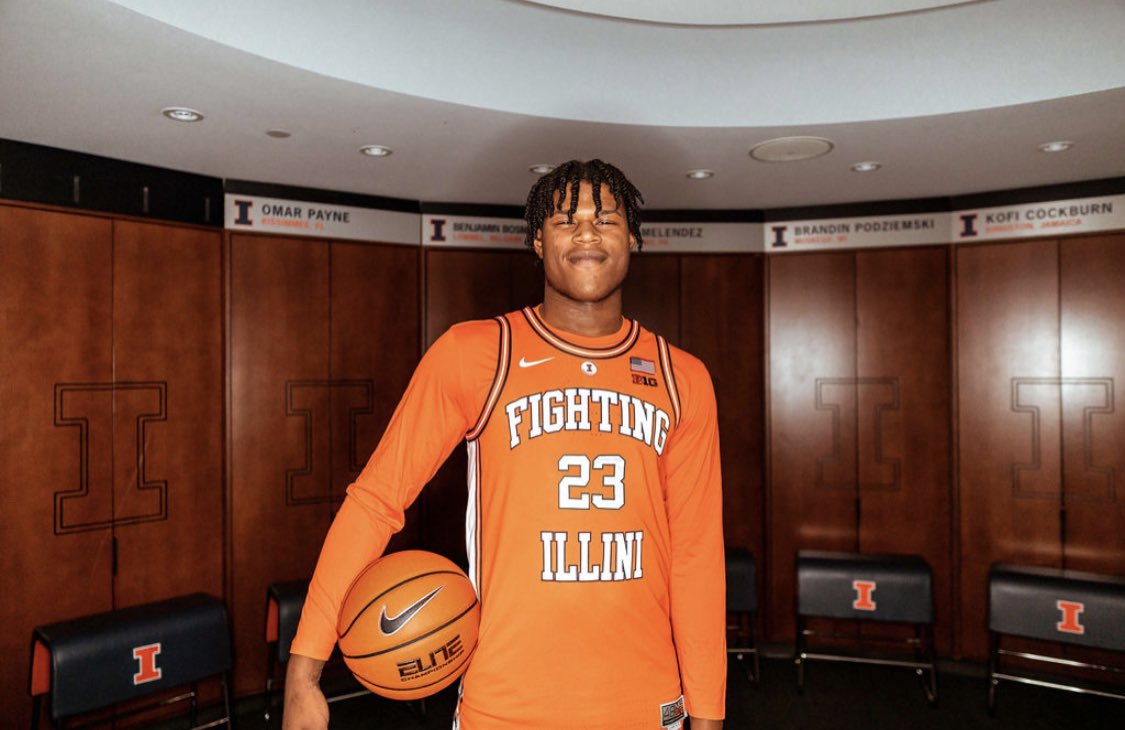 Recruiting: Keep An Eye Out For 2023's Richard Barron

Last year at this time, St. Ignatius power forward Richard Barron made an unofficial visit to the University of Illinois.  Barron is a teammate of Phoenix Gill, a current freshman who received a scholarship offer from the Fighting Illini.

Barron is a 6-foot-5, 205-pound shooting guard who Illinois watched a few times this summer. He is an interesting prospect who likes Illinois a lot, but he is what you might call a “tweener.”  He is big, strong and that works for high school, but would have to see that translate to college. 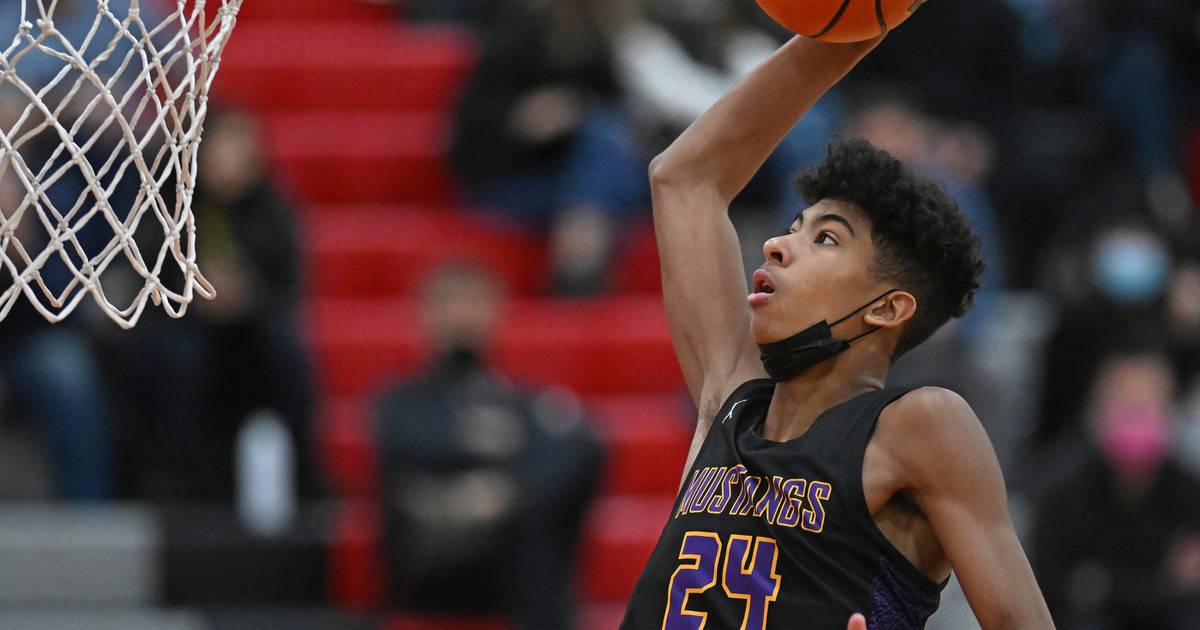 Recruiting: Cam Christie Performs at the Under Armour AAU Event

There is no downtime in July; it is AAU/UAA basketball season, a couple weeks off and a couple of live periods for coaches to evaluate.

In the city of Bedford Park, Illinois, near Chicago, is a new basketball facility named the Wintrust Sports Complex. This week the UAA Finals, with plenty of talented players and DI coaches, are there.

In my most recent IlliniGuys state recruiting rankings, I listed Christie as the third best player in the state (2023), behind Davius Loury and Dai Dai Ames, both from Kenwood. 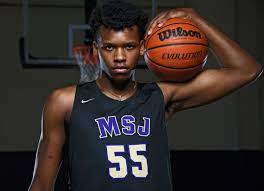 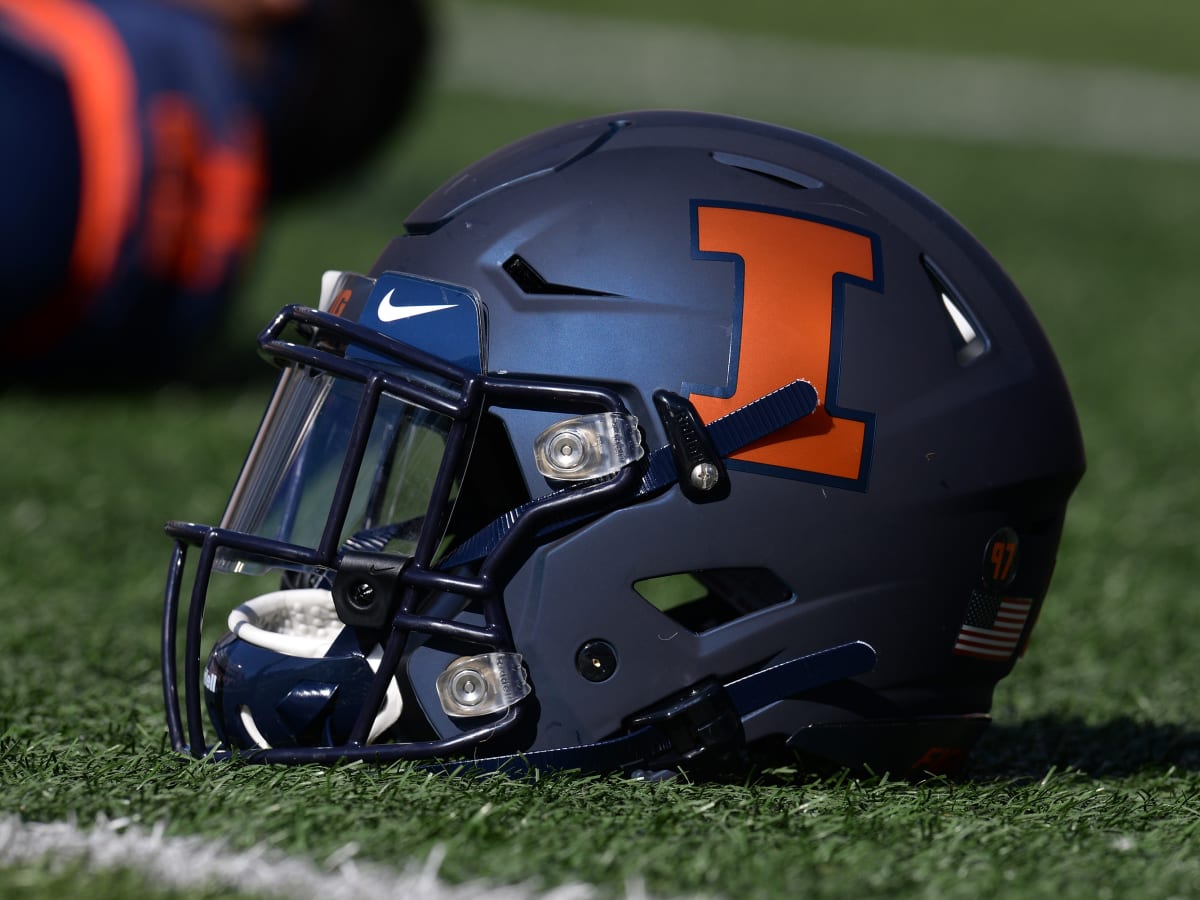 (EDITOR'S NOTE: We asked our Football Writer/Analyst Matt Stevens and Director of Recruiting Kedric Prince to offer a point/counterpoint on Illini football recruiting in the 2023 class.  Kedric's view posts today after Matt's went up yesterday.)

To say the Illini football program has traditionally struggled to win consistently would be an understatement. Over the years, there've been some great teams and unbelievable players, but again not a program where opponents feared yearly.

The Illinois athletic director made a splash hire when he first arrived on campus when he announced Lovie Smith as the new man in charge. Like Smith or not, he had a very good NFL resume and most Illini fans remembered him as the coach who led the Bears to the Super Bowl and who was eventually fired after a 10-win NFL season.

The Smith hire was such big news that it was the lead story on ESPN's SportsCenter. College football analysts everywhere believed he gave the forever-struggling Illini a glimmer of hope.