After Kofi Cockburn declared for the NBA draft on April 20 of this year, many were wondering how Illinois would be able to bounce back from the loss. Less than a month and a half later, Illinois has landed Terrence Shannon, Jr. and Matt Mayer coming from Texas Tech and Baylor, respectively. Both are arguably top five transfers to hit the portal, and are likely to elevate the Illinois squad from a borderline Top 25 – at best – to a team that’s now ranked in the 10 to 15 range nationwide.

Of the thirteen available scholarships, eleven have been taken:

With two scholarships still open, Illinois is still heavily in pursuit of center/power forward Pete Nance of Northwestern. If the Illini were to add him, they will be likely getting a Top 10 ranking, while realistically deserving a Top 5.

In the event that Nance doesn’t come to Illinois, they still have a solid option in Jaylen Butz who has played for both DePaul and Western Kentucky for his collegiate career. They could also look at Canadian 6’8” combo forward Nigel Hylton. He may lean a bit towards the 4-position due to his foot speed. He is a solid shooter and a plus passer. Time with Adam Fletcher in the weight room will help him as well.

Butz would be a solid depth addition while Hylton might have a bit more long-term upside for the future. After landing either one, Illinois could choose a different route to fill its 13th and final scholarship.

The 2023 class is generally considered to be a weaker class in terms of post players. Of the players at the top, however, there are three worthy of a call to investigate their willingness to reclassify. Although they’ve not overtly announced an intent to become a member of the 2022 class, perhaps an active recruiting message could pique their interest. Even if they don’t end up reclassifying, the gesture could still pay dividends by building a bridge leading in to the 2023 recruitment season. 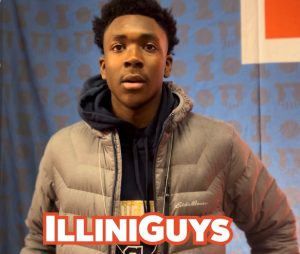 The first of the three – Xavier Booker from Indianapolis – has been an Illinois recruit for a while, though it’s unclear if he considers Illinois as strong an option as Illinois considers him. The 6’11”, 215-pound combo big man can play the four or five depending on who he is on the court with. He’s been skyrocketing up the rankings. He’s basically visited every Big 10 team in the Midwest and has just received an offer from Kansas and Duke while garnering interest from Kentucky. Most consider Michigan State to currently be leading the way for his services.

Booker, a smooth left-handed post player, is reminiscent of Kevin Garnett. He’s thin, but explosive and very strong for his build. His jumper from the mid-range is automatic and he’s been able to stretch his game to the three-point line and has demonstrated he will be getting very comfortable from that range as time progresses. Depending upon his birthdate, Booker may want to reclassify to get an extra year in the weight room in college and an extra year of NIL before he’s draft eligible similar to Emoni Bates. Whenever that draft comes (in one year or two), and barring a freak injury, he’s likely end up as a Top 5 pick. 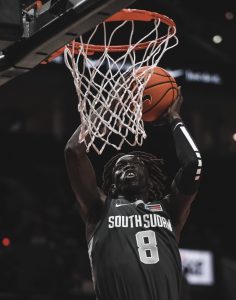 The second of the players deserving of a call is Omaha Biliew. He’s formerly of Wauke, Iowa before transferring to Link Academy in Branson, Missouri. The 6’8” power forward is a player who’s not afraid to roll up his sleeves and do the dirty work. He is willing to play the dunker spot in the post and guard bigger men on the defensive end of the court. He doesn’t take a ton of threes, but he’s shown good form on his jumper and currently hits at a high rate – something he’s not shown prior to the last year. Based on the final four of teams he announced last week – the G-League, Oregon, Kansas and Iowa State – he doesn’t seem to mind the Midwest.

One way Illinois could attempt to wedge themselves into Biliew’s recruitment is to leverage Ty Rodgers’ relationship with him as both tried out for the USA Basketball's U-18 squad. This is a player who would fit the culture of “Everyday Guys” that Illinois has built under Brad Underwood. He sprints up and down the court, dives for loose balls, and – based on the progress seen on his ballhandling skills – this is a kid that appears to live in the gym.

The third and final of these players is Baye Fall from Denver, Colorado. At 6’11” he is considered the second ranked center behind Booker. Fall has less polish to his game than the other two prospects at this point but makes up for it with his endless motor and length. He has mentioned reclassifying in the past. 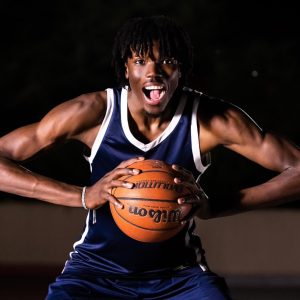 Although there has been some concern over Fall’s off-court behavior, it doesn’t seem to be deterring coaches at Arkansas, Auburn, Texas, Seton Hall and Rutgers. Given who Illinois has on the staff under Brad Underwood, from a basketball skills development standpoint, it could be a good fit for Fall.  And Underwood would appreciate all that he does on the court.

Additionally, the Illinois players in the 2022 class who would be playing with Fall were he to reclassify would be a good fit for him. Rodgers, Clark, Epps, and Harris are all high character kids. Those traits could rub off on him if they were with Fall day-in and day-out, both on and off the court.  Gone are the days of Bruce Weber and John Groce where trouble off the court was finding its way into the locker room.

All of these options sound like long shots. That said, a year ago players like Mayer, Shannon, Clark, and Rodgers would have sounded like long shots as well. Yet, here we are.

Under these circumstances where there’s a scholarship on the table and Illinois has a growing positive reputation nationally, the Illini can afford to shoot for the stars. This Illinois team will be very good – whether we get them or not – but why not see if can land one more difference maker? A worst case scenario is that the Illini make a great impression on players they can continue to recruit in the 2023 class if the answer is no on 2022.