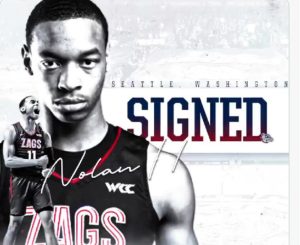 Here are the 25 incoming freshmen basketball players across college basketball that will have an impact this season. Let's get this party started.

Hickman was once headed to the University of Kentucky prior to decommitting and will instead head to Spokane to play for Mark Few. He isn’t the most flashy of the guard prospects, but is a surefire bet as a producer on the floor. He plays with great pace, is an excellent passer, and should translate to being an above average defender as a freshman. That there will be so much talent around him will accentuate his most prominent gifts as a player. Though it’s an underrated quality, he’s also touted as one of the best leaders in this class.

Gueye will be playing what is most likely his lone college season at Washington State. He is a long and lean 4 man who his relatively new to the game of basketball. He would benefit from adding weight to his frame, but has potential to be a stretch big man. His 3-point shot is much further along than most post players and he’s also dangerous above the rim as a lob threat. Right now, his biggest opportunity is growth on the defensive end and as a creator with the ball in his hand.

Branham will be a welcome addition for Chris Holtmann’s Ohio State squad. He helps ease the pain of the early departure of Duane Washington, who shouldered a heavy scoring load on last year’s team and nearly single-handedly defeated Illinois in the Big Ten tournament final. He is adept at scoring from all levels and should provide them with a versatile 2/3 option on both ends of the court. If he can shoot relatively well from the three and not be a liability defensively, he could play his way up this list by season’s end.

Reid is one of the true low post scorers in this class. He will immediately give LSU an upgrade in the post. This should be most noticeable on the defensive end of the court. He isn’t as bouncy or quick as some of the higher rated players, but, nonetheless, will bring a consistent impact  that should translate to wins at the collegiate level. His offensive skillset still needs some rounding out, but his physical stature should allow him to bully smaller defenders and get easy points around the basket.

Bediako will be playing for the Alabama Crimson Tide. For a big his size, he runs the floor surprisingly well. He’s another that should bring an immediate defensive presence to a team that was sorely lacking in this capacity. Even if he only gets lobs, dump downs, and garbage points around the rim that should be enough to bring a paint presence to a guard-oriented team. If he can add a suitable jumper and a go-to move in the low post, an NBA team will probably find him draftable after only one season. 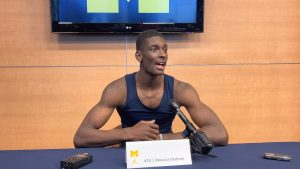 Diabate will be playing for Juwan Howard’s Wolverines at the University of Michigan for what will likely be one of his two college seasons (at a maximum). While Diabate has more potential than other players on this list, he will be on a loaded front court with Hunter Dickenson and Brandon Johns. He provides a great blend of versatility and skill for his size, but may not have the opportunity that others are afforded simply due to playing time constraints. That said, he should be fairly effective at the college level and could be Michigan’s “x-factor” in small-ball line ups at the center position as the Wolverines battle Illinois for Big Ten supremacy this winter.

Collins is a player with more potential than this upcoming production may lead you to believe due to a log jam at his positions. It remains to be seen which position he will get his minutes from at the college level under John Calipari at Kentucky. Either way, there are other big game players who will be competing for these spots. At the power forward position, Kentucky will have seasoned upper classmen around him - Jacob Toppin and Keion Brooks, Jr. At center, they will have junior transfer Oscar Tshiebwe. While 6’9” may not stand out from a size perspective for a post player, he can block shots with the best of them and he has highlight reel athleticism. He’s also displayed a fluid jumper that looks confident all the way out to the three-point line. Whether he will be able to use that this year remains to be seen.

Thanks to Patrick Ewing’s unexpected run in the NCAA tournament at Georgetown last year, he was able to secure a blue chip recruit in Mohammed. Mohammed is going to bring a type of athleticism on the wing that they have been lacking. Although only 6’5”, his athleticism will allow him to feel comfortable even in to the post. This, coupled with his fluid outside jumper and ability to drive the ball, gives his the capability to be a scoring threat at all times. As a player, he will need to grow beyond being just a scorer, but he has the frame to be a physical defender if he learns to do so. 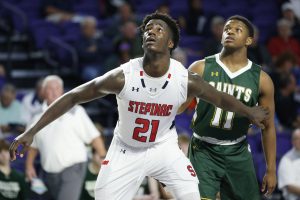 Here's a name Illinois fans should be familiar with, as big brother Alan played his first two seasons for the Fighting Illini before transferring in search of more playing time.  Griffin is one that would have been higher on list if he hadn’t had injury concerns coming in to the season. His most recent injury is just a knee sprain, but he’s had some pretty serious injuries before in that knee and that has forced him to miss most of the last two years of prep basketball. If he is able to make a full recovery and play the majority of the season, he should make a positive impact on the wing for this year’s Duke team. His athleticism and size for his position should allow him to bully smaller players, especially on the defensive end where he could be a lockdown guy. Offensively, there could be some growing pains as he gets back into the flow at game speed.

Cleveland will be playing for Florida State’s Leonard Hamilton next year. This bodes well for Cleveland as Hamilton has had success with similar wings in the past. Cleveland is one of the more explosive athletes and finishers in this class which should translate on the defensive end as well as in transition. His half-court game will need some fine-tuning, but his athleticism should – at a minimum – allow him to do work as a lob threat and create easy buckets around the rim. For his game to take the next step, he’ll need to improve his outside jumper and as ball handler.