The Farrell Report - Recruiting for the Offense 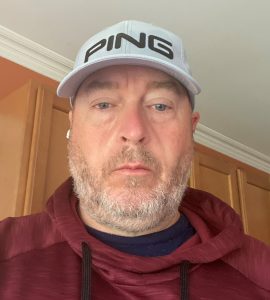 As I dive into the recruiting efforts of the Illini for the 2023 season, I’ll start with the commitments on the offensive side of the ball and whether I feel they’re ranked accordingly out there in the recruiting space. I’ll go more in-depth on each player as we move forward.

QB Cal Swanson — Vastly underrated, the industry will catch up with this one now that other bigger programs have shown interest. Arm strength is the main concern here but I can tell as he gets stronger the ball will have more zip. It’s the intangibles I like here from pocket presence to throwing on the run and the most important thing for any quarterback is accuracy. He is accurate and smooth. Even if his arm stays in the mid-range he can be very effective at the college level. To me he’s a high three star.

WR TJ Lott — He’s small. Well, skinny at least right now but he’s long and lanky and can run. He can be a special teams guy in the return game and play slot or outside. He’s not dynamic in any aspect but I see him as a 3 star while some have him lower.

TE Nathan Guinn — Guinn is a projection because he’s played much more defense than offense so I can see him as a 2 star kid. He’s tall and can run but it’s hard to tell his route running or ball skills. The Illini coaches saw all this in person and offered so the skills are there but until I see more offense, I’d have to stay at 2.

OL TJ McMilen — This is a typical Bret Bielema offensive lineman in many ways. He plays defense and has that mentality so he’s aggressive. He’s the son of a coach and projects at center because of his smarts. And his frame is good for topping out around 305 and remaining mobile. He has all the markings to me of a possible All Big Ten center down the line and is a high 3 star or even low 4 star.

OL Zachary Aamland — Aamland is an interesting one on film. He looks great at time in run blocking and knows his assignments well but he can get lost at times in pass pro and needs to be more explosive. He’s a fifth-year kid so a late bloomer and his size is intriguing as he could play tackle but more likely guard. He’s a mid 3 star.

K David Alano — I don’t evaluate kicker film a ton because it’s all the same, so I rely on the experts. Chris Sailer has this kid No. 3 in the country when it comes to field goal and kickoff work and he’s an NBC All American. That’s 3 stars to me with his 50-plus yard range.