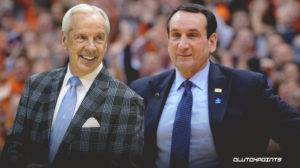 History buffs will tell you that generals are always capable of fighting the last war. When technology advancement is slow and tactics don't need to adjust to new innovation, the lessons that can be learned from the last war are indeed valuable. In college sports, you've seen long and successful tenures from legendary coaches such as Mike Krzyzewski. Lessons learned can seemingly last forever.

When technology advances quickly, fighting the last war becomes a phrase which is steeped in a negative connotation of failure and wasted lives. World War I is the poster child for this saying as modern technology destroyed age old tactics when they met head-to-head on the battlefield. It took a generation of generals to fail in the first half of the war to pave the way for modern tactics to start appearing on the front lines. Could that be happening now? Witness the retirement of coaching legend Roy Williams as he said "I no longer feel I'm the right man" for the job.

An Era of Exponential Change

In an era of new processes that carry exponential transformations, the pace of change can be overpowering. Only those who are accustomed to analyzing changing environments, developing a plan to deal with the changes identified, measuring results of the new plan's implementation, and adjusting to improve the new plan are able to execute successfully in the new world order (so to speak). Fans have to wonder, how will my school's coach deal with the transfer portal?

Think of the human genome project. This process to map the human genome ended up becoming a 13 year journey costing $3 billion dollars. Now, approximately 20 years after the program succeeded in 2003, one can get a map of their own genome for around $300. That's a lot of change. So is the change introduced by the transfer portal - especially in a year where seniors can get an extra season of eligibility due to COVID.

The transfer portal with it's instantaneous eligibility for first time transfers is exponentially changing how coaches put together a roster on a granular level. The portal forces coaches and even athletic directors to rethink the basics of how both roles execute their jobs. Rarely do you find a single change that hits so many areas of a sport as the transfer portal has done to college basketball. The 13-player roster makes the portal a game changer for any program - for good or ill - a roster can be revamped overnight. 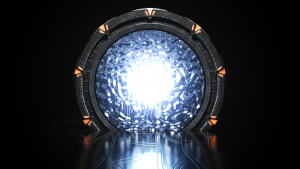 Illini fans can be grateful that Coach Brad Underwood has thought long and hard about the transfer portal and is already changing his processes to react to the portal and it's effects on today's college basketball environment. You can hear some of his thoughts on this episode of Sturdy for 30:

Based on a new and changing environment, coaches have to deal with roster construction and make choices in how they build their rosters. In the past, roster building used to be an ongoing process anchored in thinking the vast majority of players will be at a university for four years. That thinking is gone.

There are a variety of effects of the transfer portal and it's "first transfer is free" policy which allows a player to move schools the first time with no penalty year of sitting out. Were I a college coach, there are a few changes that I'd make to deal with today's transfer portal realities.

A coach has to change the focus on recruiting high school players. Now that the four year collegiate player appears to be the exception, as opposed to the rule, how a staff evaluates talent and how talent will fit on the roster is revamped. Correct evaluations will be at a premium as well.

Let's begin with the assumption that if a staff doesn't think a player can play right away, the risk of transfer at the end of year one will be vastly higher than ever before - especially for players who play few meaningful minutes. A coach has to evaluate if a player can't play meaningful minutes in his first year, will he (and probably just as importantly) and his "support team" be willing to stay for a second year? Is the risk of having a player get minimal minutes only to transfer at the end of year one worth carrying this player on the team for their freshman year? How many "empty" scholarships can a team afford to have during a season?

Many coaches may choose to avoid players that can't play right away. If a team needs additional players to play meaningful minutes - even if its in spot duty - it may be wiser to satisfy this need through the transfer portal. Coaches will have better evaluations of the portal player - as their minutes will be at the college level and against college competition.

If evaluating a portal player who is stuck on the bench behind another player, coaches can evaluate how good that specific player might be by evaluating the talent level of the player that is keeping him on the bench. A coach is also able to get a bird's eye view of how a player handles a role that is a "letdown" for the player (and maybe by his supporters, as well) by watching their demeanor both on the bench, on the court, off the court, and on social media.

Certainly, high impact freshman players are still a huge value to a program, but there is a value in having a sophomore or older player who can't transfer again without losing a year to sitting out. For some schools, the transfers may be a larger roster group than players recruited to the university via high school in this new reality. 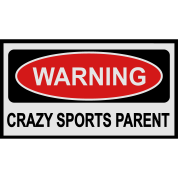 When a coach is recruiting - especially for high school talent - and even for transfer talent, evaluating the parents and their effects on their son as a player is a big deal. Are we dealing with parents that may force a transfer when things go well and the player doesn't want to leave? Do the parents have unrealistic expectations of their son's potential?

The parents and a players support group become much more important factors than in the non-portal era. No one likes dealing with crazy parents (coaches at all levels agree on that), but now that a player can transfer with no penalty their first time, crazy parents can really effect a roster. Many coaches may opt out on dealing with helicopter parents, particularly the ones who have a helicopter style reminiscent of an Apache Army helicopter armed and ready for business.

For the top flight Power 5 conference schools, the  era of the "big man project" is dead. Remember that seven foot tall player who hasn't yet really grown into his body? Think back to the guy who redshirts and then doesn't really hit the court until his redshirt junior season - only then did fans see if he was worth the investment.

Many coaches will decide its not worth the risk of trying to develop a player for a few years only to have these players transfer and demonstrate the skills taught by the staff - at another school. As we know, many of these projects never pan out, anyway.

The risk of developing "big man projects" will be relocated to smaller schools. The Missouri Valley and other non-P5 conferences may become a big taller on their front lines. The trick will be for the smaller schools to develop a narrative that will convince the big man project player to stay at the school that developed his skills.

On the other hand, the player may look at the non-P5 conference as a great starting point, but want to prove his skills to the NBA by taking them to the B1G or some other P5 conference. This may be an acceptable risk for a smaller school. A B1G school may not want to carry a "big man project" on their roster for three years - taking up valuable roster spots - only to have him go away as his skills begin to blossom.

Many coaches will choose to create a non-coaching position on their staff to focus on NCAA portal recruiting. You read that correctly, recruiting now has to include scouting other NCAA schools. Tracking potential transfers and anticipating who might enter the portal will provide teams an advantage to prepare "sales presentations" specific to certain players. Presenting first to key players would be a big advantage to those programs that are prepared and ready to close quickly.

This coach may also keep a file of recruits that the staff was close to but ultimately lost out to another school for future targeting purposes. This position could also look to evaluate highly ranked players who decommit from their current school of choice - either those prior to signing day (verbal commits) or those who sign and then have a head coach leave for another job and consequently ask to have their name put back into the recruiting eligibility.

Opportunities with multiple players are possible when one looks at the amount of coaching moves that happen each year. To be aware of which coach might take the next step up in their coaching career and the players effected by such a choice is key for the same reasons as being accurate about who will enter the transfer portal. Success at this position could have huge benefits.

The ethically muddy waters of assistant coaches changing schools and attempting to dislodge recruits from their school is also an area that will be tested as well. Some sort of player movement staff position will be needed if a consistent player count of over 1000 is an annual event in the transfer portal.

Athletic Directors Must Change As Well

Athletic directors also have to review their processes when looking at the effects of the transfer portal. The ability for players to move without sitting out a year and without limitations means that an assistant coach leaving during the offseason can play havoc with the roster.

Athletic directors must negotiate end of season bonuses and any start of the year raises with assistant coaches the minute the season is over. This doesn't mean assistant coaches won't be targeted even if they've been give a raise. Talented coaches attract attention, but providing a well-earned raise does make sure that any negotiations with outside schools will require more of a financial commitment from a school trying to hire them. A well-earned raise may also build positive feelings that would be valuable in negotiations as a coach that feels respected and appreciated is less likely to move to another school.

At some point one might hope that the transfer portal rules would prevent players from following coaches - effectively allowing coaches to bring players with them as they move from one school to another. But for now, losing a coach can be a "double hit" as the head coach may find himself looking to hire a new assistant coach and replacing players that he thought were "sure things" for next year's roster.

The transfer portal finally allows players to have a one time movement that is absent of penalty. This puts them on a similar playing field to coaches, who also move from one job to another with no penalty. The effects of this freedom are exponential in nature and even a bit unpredictable. The coaches and athletic directors who adapt to these changes well will have earned themselves a huge advantage as they build their rosters for the future.