With a bye week for the Illini football team this weekend and Illini basketball just around the corner, this may be one of the few quiet weekends left for Illini fans until (spoiler alert) the Illini wrap up their first national title under Brad Underwood in April of 2022.

This pause gives me the chance to go around the sporting world with no responsibility of watching an Illini game this weekend. This column will also take my mind off of the dread of what might happen in next weekend's game against a potentially angry Penn State squad, as they're coming off of a loss at Iowa.

Since Illinois lost to Purdue 13-9 and Purdue beat Iowa 24-7, then Illinois will beat Iowa by 13. Yeah, I don't believe that either.

Here are my three crazy basketball predictions for the 2021-22 NCAA basketball season. Remember my optimism is sky high after thoroughly enjoying a shockingly one-sided Iowa defeat at the hands of Purdue. 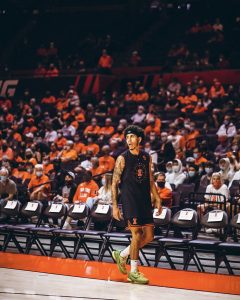 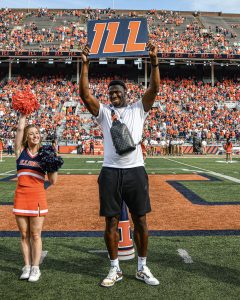 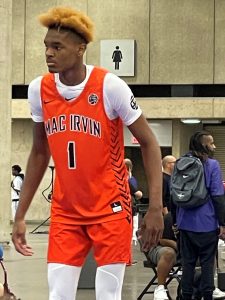 There are really three top tier football programs when you stretch your focus to fifty years. These are football's bluebloods. Only Alabama, Oklahoma and Ohio State seem to be able to remain on top - year-in and year-out. Sure they've all had brief down periods, but they have found ways to turn things around quickly and elevate their play back up to their lofty status.

These upcoming schools have had decades that were elite as well but they've not been able to maintain those levels or haven't been able to quickly elevate their programs when they do struggle. Teams like Florida State, Clemson, Texas, Florida, Auburn, and LSU fall into this category. When they're good, they're amazing, but these schools haven't displayed the staying power of the top three.

There are a few schools that have great accomplishments but these schools have fallen off and are in danger of staying at the lower levels they've been mired in recently. These teams include a two time powerhouse Miami (the 80s and the early 00s), Nebraska (endlessly trying to recapture the 70s - 90s), USC (the John Robinson and Pete Carroll eras were amazing), and Michigan (even Jim Harbaugh is stuck in the mud right now).  These fans must deal with the fact that their program isn't what it used to be - and they may never return to that rare air again.

There are also schools that have been on the cusp of success but haven't been able to make it over the top. This is largely due to being blocked by programs that have been listed above. Teams like Wisconsin, Iowa ,and Georgia are the best examples of this program. It's truly hard to get over the top when there is an "annual roadblock" that appears in the form of Ohio State, Alabama, or LSU.

It seems clear that Josh Whitman would like Illinois to at least build it's way to the levels that Iowa and Wisconsin are at. As we've seen this year, that's a long journey from where the Illini are right now. We will see if Coach Bielema can build a program - because its clear he inherited a train wreck.

Tyson Fury beat up a game but fundamentally limited Deontay Wilder in a dramatic fight that featured five knockdowns and finished off Wilder with a brutal 11th round knockout. Fury's three fights against Wilder (the last two were knockouts and he should've won the first fight that was ruled a draw) have made a massive impression on the boxing public. Fury has earned the respect that he owned in 2015 when he defeated an aging but game Vladimir Klitschko. 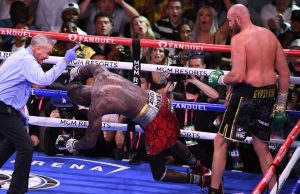 Despite his large size, Fury is a challenging target to hit. He typically doesn't take too much damage. His knockdowns at the hands of Wilder were more of a testament to Wilder's punching power rather than an indication of a weakness in Fury's game. Both Klitschko and Wilder had a hard time getting enough punches through Fury's defense. To make matters worse, Wilder also had to deal with a Fury that has mastered the ability of using his height and weight advantages to maul his opponents on the inside. Fury has evolved into a formidable champion.

Unfortunately, Fury doesn't have a plethora of opponents to fight and he may have reached his career apex. The main threat to his title is former cruiserweight titlist Oleksandr Usyk. Usyk upset favored Anthony Joshua with a fundamentally sound boxing clinic that saw Usyk nearly knockout Joshua in round 12 and at the same time KO'ed Fury's hoped big money showdown with Joshua in 2022.

Fury looks to have a risky fight against a relatively unknown (read that as less lucrative) Usyk. With a little luck, Joshua will rehabilitate himself again - he's already had to do so after an upset loss to the rotund Andy Ruiz, Jr. After those two fights, there's very few name opponents on the horizon for Fury to make big money by fighting. Fury may want to look at the Joe Louis playbook of just beating up a Top 10 ranked fighter on a regular basis and make money on volume rather than quality when it comes to pay-per-view dollars.

Under these circumstances, we might see Fury in the WWE or talking to Tony Khan's (son of Illini booster Shad Khan) AEW wrestling to make some extra dollars to make ends meet.

I'm tired of hearing about both of these guys. The NBA season is starting and while most of us don't pay attention to the NBA until around Christmas, can we stop hearing these two names every five seconds? I didn't think so, either. 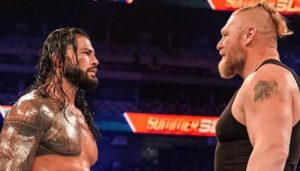 Will we see WWE Universal Champion Roman Reigns defeat Brock Lesnar next week to add Lesnar's name to an impressive list of wrestlers Reigns has defeated during his 400+ day title reign? Reigns has "defeated" names like Drew McIntyre, Bobby Lashley, Kevin Owens, John Cena and Finn Balor over the last year. That's an impressive list since Reigns returned to action after missing Wrestlemania 36 due to being immunocompromised after to his recent bought with leukemia.

In my decades of watching professional wrestling, I've never seen such a dynamic and positive change of character as what Roman Reigns has done as the Tribal Chief. He took a stale face character (read "face" as he was a good guy that fans are supposed to cheer for) and breathed life into a character that is a fantastically entertaining heel ("heel" means he is now a bad guy that fans are supposed to boo).  Seeing the Lesnar-Reigns matchup one more time wouldn't have enticed me prior to this character change. Now, we see the once unthinkable matchup of Heel Reigns versus Face Lesnar. That juxtaposition of their usual roles makes this a must watch match.

If Reigns wins, will the WWE open up the checkbook and find a way to match up the Rock against Reigns? Pressure from AEW in the ratings might cause Vince McMahon to loosen the purse strings and make the type of dream match that only professional wrestling can deliver.