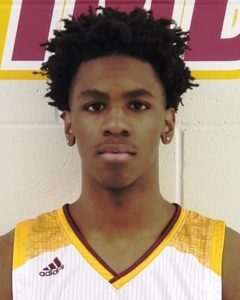 Arceneaux is a 3-and-D wing with expanding offensive potential.  He should transition well into both college and the NBA due to high demand for this type of player. His form could use some refining, but he shoots at a high percentage so long-term this should not be an issue. His wiry and athletic frame should - at a minimum - allow him to be a strong defensive player at the highest levels.

Cruz is a scoring guard who functions best as an off-ball playmaker. He can add to his game by improving as a shooter. Athletically, he has a good frame and size and he consistently brings strong defense. He should be able to maximize his value even if he does not evolve into a lead guard.

Lands is an athletic combo forward who should be highly productive at the college level. He has length and good defensive instincts. He has improved his range and has added confidence as a jump shooter.  That - along with his ability to get garbage points and buckets around the rim - makes him a Swiss army knife of sorts. He should be able to flourish on the defensive end within the 2-3 zone that Syracuse runs.

Phillips is another bouncy combo forward. His skillset offensively still needs a bit of work, but his handle and finishing ability allows him to excel as a slasher. His ability to get steals and defensive rebounds enables him to get out in transition where he can use his long strides to beat smaller defenders. If he can add a reliable jumper, his upside at the NBA level will rise.

Clark is a heady point-guard that uses pace to beat his man. Unfortunately, he is going to be missing next year with an ACL repair and this will hamper his ability to grow athletically. He will need to make sure that he doesn't come back with excess weight which could slow him down agility-wise. Even if he's not able to fully work out, he would benefit from working on ball handling skills so that he can grow in that area. 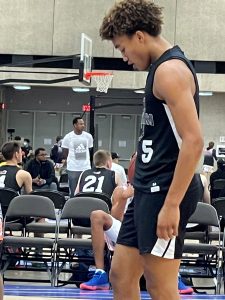 One of the true low-post scorers in his class, Wright uses his strength to bully smaller players. To take the next step, he should stretch his game and get more comfortable on the perimeter. Defensively, he needs to gain lateral quickness to make up for his lack of elite shot blocking. Furthermore, if he can't guard on the perimeter it could prevent him from transitioning to the NBA as a power forward.

Blessed with elite athleticism for his position, Trimble often puts bigger men on posters. He is fantastic at attacking the rim downhill, but can sometimes focus too much on scoring at the exclusion of getting others involved. Due to his athleticism and aggressive play style, defense is a true strength. If he can add to his game as a shooter and improve as a facilitator, he will position himself to be an NBA guard.

Rice is an athletic, powerful wing. His lower body strength should allow him to guard all the way down to the 4 position at the college level. He's shown good form on his jumper which indicates he should be a high-level 3-and-D prospect for the NBA. He does, however, need to bring consistency to his effort which, at times, can be lacking. 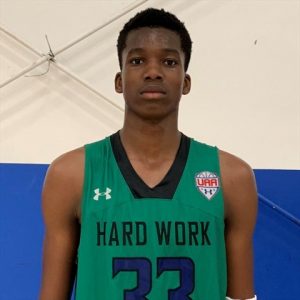 One of the fastest rising prospects, Traore has immense physical gifts. Very few players of his size can get up and down the court with as much speed as Traore. While his handles and jumper need to be refined, he shows great potential for a player that has just started playing at this level. He would likely be a 4 at the NBA level, and should excel at either post position in college.

Iwuchukwu is a rim-running big man who excels as a finisher down low and as a lob threat. For a player his size, he's surprisingly nimble guarding guards on switches. He's at his best when he's focusing on the offensive glass and providing easy buckets in the paint instead of floating out on the perimeter. He shows good enough touch that he may be able to stretch his jumper to the mid-range in the future.