With the close of the summer AAU season, as IlliniGuys Basketball Writer, I have had the time to organized my thoughts, review my notes from watching tourney after tourney via the Internet, and put together my first annual ranking of the current year's seniors-to-be. The inaugural recruit ranking will be revealed in a five part series of articles. Each article will have ten players being ranked and will be featured on the next four Tuesdays and Thursdays. Next up 40 - 31.

Let's get this started. 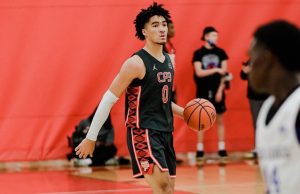 Hood-Schifino is a big, strong guard who does a good job controlling the pace of the game. While he lacks elite quickness and explosiveness, he compensates through making good decisions with the ball. His 3-point shot is not particularly strong, but he's shown confidence in his mid-range jumper, which gives hope that his 3-point shot will come with time.

Westry is a prime example of potential versus production in his class. When he puts it all together he has the potential to be an electric playmaker, but this has not consistently materialized to date. At 6'6" with wiry strength and surprising lateral quickness, he can guard 1 through 4 at the college level and is what the NBA likes in terms of versatility. 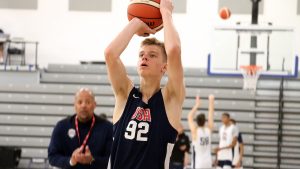 Dick makes his biggest impact as a shooter with his primary focus as a scoring wing. He would benefit from working on his all-around game, and identifying opportunities for making an impact when not shooting. He is a solid athlete, who should be able to contribute early, however, his opportunities for improving beyond that may be limited compared to others.

A quickly rising prospect, Udeh fits the mold of what NBA scouts are looking for in a center. He provides a strong shot blocking presence at the rim, a lob threat offensively, and is a big man who runs the court. If Udeh can continue to add to his game in the low post and show improvements in his outside shot, he will be on everyone's radar and may rise even higher in the rankings. 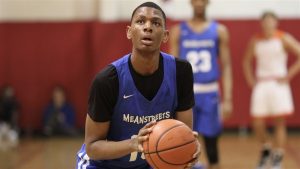 Washington's explosiveness and trust in his body appear to have declined since his ACL tear. That said, he has high basketball IQ, shows great touch on his jumper, and has pure form, though sometimes he lacks the ability to get his own shot. If he can put weight on and gain some lower body strength, it could go a long way toward shoring up his weaknesses.

From an NBA perspective, Clingan has a build that is not highly in demand. As a result, his NBA potential may not be as high as others. On the contrary, at the college level, his ability to bully opponents with sheer brute strength and size will be hard to match. He shows good touch around the basket which helps tremendously as he is consistently able to position himself well. With Clingan, U Conn is getting an instant impact, day-one starter at the center position.

Thornton is a stocky, well-built point guard who serves best as a facilitator on the offensive end. This is not to say he's a poor scorer, but rather that he is strongest at distributing. His strength allows him to guard bigger players defensively and it also enables him to hone in on other point guards, making them uncomfortable. For him to take the next step, he should get more comfortable as an outside shooter. 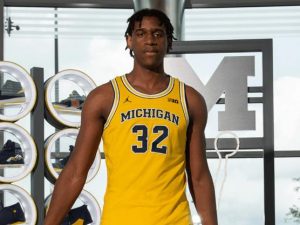 Tarris Reed is a Michigan commit. Courtesy of Newsbreak.com.

One of the more raw prospects, Mitchell relies on pure athleticism to make plays on both sides of the court. When engaged, he can be one of the strongest defensive players in his class. His ability to block shots and create steals leads to opportunities in transition. He is strong on the offensive glass and is a lob threat, but he should look to gain comfort off the ball and find ways to make an impact against similarly athletic competition.

Reed is probably the most underrated prospect in his class across the nation. His ability to get production on both as a scorer and a rebounder, makes him an instant impact big. His jumper is comfortable from the 3-point line, mid-range, and over both shoulders in the post which makes it tough for defenders to stop him. For him to be a certain NBA prospect, he should work on his speed and agility and better protect the rim. 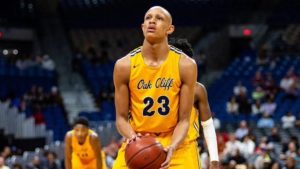 Walsh is one of the more athletic finishers and a high-flyer in his class. He has improved all facets of his game over the past year. His confidence as a playmaker with the ball has allowed him to transition into a well-rounded prospect as compared to just a slasher and offensive rebounding threat. He was already strong defensively, but now that he has shored up his offensive game, he is a legitimate NBA prospect.