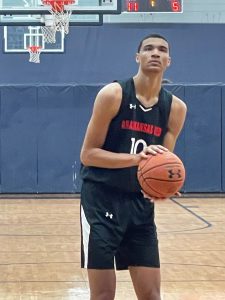 Ware is the prototypical center profile that the NBA has transitioned to. He can protect the rim extremely well due to his impressive wingspan and his offensive game has expanded to the three-point line. When he is giving full effort, he performs well on the glass, however his effort can be inconsistent.

Gortman is an electrifying scoring guard. He provides energy from coast to coast. He has elite quickness, a knack for getting to the rim, and a consistent jumper from all three levels. He needs to add weight to his frame and demonstrate that he can facilitate an offense to make it to the NBA.

Johnson is shifty facilitating point guard. He is a good free throw shooter, has a nice three-point shoot and is a solid overall ball handler. While he doesn't elevate any part of his game to a truly elite level, he doesn't have any glaring weaknesses, either. He will benefit from a good collegiate strength and conditioning program.

Mitchell is an athletic combo forward who currently functions best as an energy guy and garbage man around the rim. While he has the frame and quickness to transition to a full time perimeter position, right now he does not have the commensurate skills and jump shot. If he can at least add a jumper, he should be able to contribute at the NBA level for a long time. 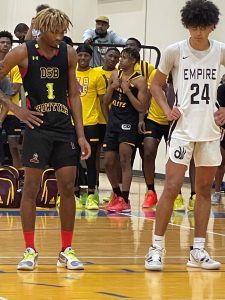 Morris has as much upside at the point guard position as anyone in this entire class. His first step is lightning quick and he brings solid ball handling and above average finishing ability. If he can show an improved jumper and a willingness to be a team player at the college level, he will fly up draft boards.

Filipowski is one of the highest risers of the past year, and, as a result, his stock has soared. Not many 6'10" prospects have his creative playmaking and outside shooting abilities. While he isn't an elite shotblocker, he has the strength to prevent him from being bullied in the post by opposing bigs. If he can show a strong rebounding presence, it could take him far.

Smith is one of the smoothest scoring guards in the entire class. His pure jump shot makes scoring look easy from both mid-range and deep. He probably functions best as a shooting guard and not a point guard due to his lack of elite lateral speed on defense. If he can provide more value as a rebounder and playmaker he can become a more well-rounded prospect for the NBA level. 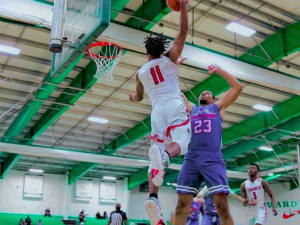 Whitmore is of the most explosive prospects of this class. While his jumper and ball handling could use some refining, his impact as an athlete is unmatched. He shows natural basketball instincts and is good as a playmaker. That, combined with his rebounding skills and ability to create turnovers, leads to easy transition buckets where Whitmore capitalizes with emphatic slams.

Bradley isn't the best athlete of the elite guards in this class, but he is probably the best passer of the group. To go along with that, he is a good finisher in the paint and has good touch on runners and from deep. He plays with good pace and has a high basketball IQ, particularly in running the pick and roll. For him to take his game up to the next level, he will need to take what the defense gives him instead of always trying to thread the needle for the great play.

Wallace should be able to play either guard position at the collegiate level. While he needs to develop his ball handling and shooting skills, his frame and overall athleticism will be hard for NBA teams to pass up. Defensively, he has lateral speed and a knack for forcing turnovers. He also is a player that manages to be in the right spots at the right times - whether offensive rebounding or on cuts to the basket.

Come back Thursday for #10 all the way to first ever #1 ranked basketball player ranked by IlliniGuys.com.