Winning ugly was a term that I first heard in 1983 used by fans of the Chicago White Sox. That team played a lot of close games and found ways to manufacture runs. The White Sox weren't notable for being pretty, but they were effective at getting Ws. The last decade or so, I've been the type of guy who doesn't care whether it's an ugly 1-point win or blowout that is an object of beauty, I just want the W. It took me a long time to really understand this.

Early in my life the Cowboys were always pretty good up until the late-90s (with a blip of really bad mojo in the late 80s) and the Illini were good in both sports in the 80s up through the early 90s. I was spoiled by teams that were really good and especially with the Cowboys, as a fan it was easy to take the wins for granted. Unfortunately for me, the post-Mackovic Illini football era, the Groce Illini basketball era and the Cowboys after Jimmy Johnson's players retired have painfully conditioned me to appreciate any type of win.

No longer do I have expectations that "my team" would squash the competition. The days of the easy victories were over. I just wanted the 1-point win, regardless of quality of opponent or home or away. I'm hoping the Illini under Coach Brad Underwood and Coach Bret Bielema will spoil me and entitle me again. I have little hope that will ever happen with the Cowboys.

The Illini came into Evanston with no one certain if Kofi Cockburn would play or not. To Illini fans' excitement, Kofi made his return from a concussion, but Andre Curbelo was unable to play due to his recovery from COVID. The Illini came in not quite at full strength, and the Northwestern team owned the confidence that they could close the deal against good teams. All they had to do was point back to their 64-62 victory in East Lansing on January 15th over the Michigan State Spartans. 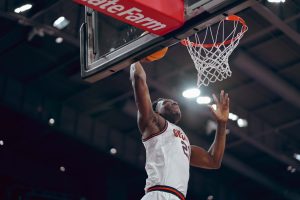 Today's game featured a cold shooting Illini team, a first half of challenging referee whistles, a second half of just weird referee whistles, and a shockingly hostile Northwestern student crowd. There were many reasons that the Illini could've lost this game - if they accepted those excuses. This iteration of the Fighting Illini basketball team refused to lose. They kept the game close when their shooting wasn't on par by playing another game of stellar defense and holding Northwestern to a 35.7% shooting percentage. The Illini held the Wildcats to a mere 6 FG in the first half. As Brad Underwood likes to say, defense and rebounding travels. Did it indeed.

In the end, one of the trademarks of a championship team is winning the games they're supposed to win, regardless of all the possible reasons they should not. We saw the Illini had a rough shooting game and they still won, despite too many turnovers and only shooting 43.1% from the field. Being 8-2 in the B1G is critical because the schedule for the Illini in February is a bear.

Every win in the 8-2 B1G start is a huge benefit. Under Coach Underwood, the Illini are 22-3 versus their last 25 B1G opponents. That is the type of rare air that has only been seen in times like 88-89 and 04-05 eras. It will be hard to maintain this breakneck pace but the team relishes beating the odds. Regardless of the regular season or even the B1G tournament, the last step for the team to truly evolve to the next level is to have success in the NCAA tourney.

If the team has to win a few ugly games, especially when they're either not healthy or not playing their best, that's just fine by me. Lou Henson would be proud. He said you have six bad games each year and you usually lose those. Any one of those "bad games" that the Illini can steal away is a huge positive. Same goes for any B1G road game.

Coach Underwood has a history of playing freshmen, whether it was Trent Frazier, Ayo Dosunmu, Kofi Cockburn or Adam Miller. This year, he's taken some heat for not playing the freshmen as much as fans might like and certainly not as much as other freshmen classes of the past. In fairness, it takes some freshmen longer to understand that being able to play defense is what gets a player on the court and then be able to do it in a game. The three freshmen have figured the defensive equation out - and the team will be much deeper as a result of their development. 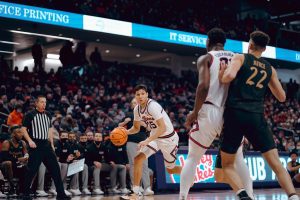 Against Northwestern, RJ Melendez played 16 minutes in his first extended play this calendar year. He got lost once on defense but didn't make that mistake again. On the offensive end, was 2-4 from the field, went 2-2 from the free throw line in a second half where every point was crucial, had three rebounds and an assist. Melendez has an almost otherworldly ability to find himself at the same place as the ball on the court. His instincts on the floor are very good.

Brandon Podziemski played 6 minutes but made them count. He was 2-3 from the field including a three-pointer featuring his typical picture-perfect form that could be used for a training video. He also came into the game late in the second half as a defensive substitution. This is quite a transformation from the "shoot first" freshman who came to Champaign-Urbana earlier in the year.

Earlier in the week, Luke Goode got 28 minutes against the Michigan State Spartans. He had 9 points on 3-4 shooting from the three-point line. He also had 4 rebounds and 2 assists. He hustled and proved himself on both ends of the court. Like the other 2 freshmen, Luke now has to find a way to play this well consistently.

When these freshmen are capable of producing as they did this week, it means that Coach Underwood has more options when one of his rotation players is having a rough game - or if they are out with an injury. As they get more consistent, the minutes played can also have the purpose of keeping other players fresh later in the season. Trent played 40 minutes yesterday. It would be nice to have someone else to give him a rest before all the minutes pile up and cause issues.

The play of the freshmen this week gives fans a sense of hope about both this year and even for next year when the Illini lose such stalwarts as Frazier, Williams, Plummer, and possibly even Kofi and Grandison.

This season has been incredibly frustrating when you consider the number of games that have been lost due to injuries, suspensions, illness, and concussions (though they could fall into the injury category, it's not football so I made them two categories), it's hard to believe the Illini are 15-5 with an 8-2 record in the B1G. Of course, this says a lot about the Illini coaching staff, but it also speaks to the determination that the players have inside of themselves as well.

Kofi is back from concussion. Curbelo looks to be close to returning after COVID. Could we actually be seeing a light at the end of the tunnel when it comes to injuries and missed games? Kofi and Curbelo have barely played together this year, let's hope they have the chance in March and April to play a lot together. Wouldn't it be nice if the Illini's nation leading 39 games missed by rotation players would stop increasing and stay put at 39?

If the Illini get healthy and have a chance to finish the last five to six weeks of the regular season as a cohesive unit, they can beat any team in the country. Here's to hoping this happens and this team gets healthy. Brad Underwood came here to win a national title. Might as well get it done this season.