Happy 4th of July! We hope your holiday is full of great food along with cherished friends and family!

As opposed to Larry Smith's column yesterday - a fantastic deep dive into college conference realignment https://illiniguys.com/new-world-order-how-the-big-ten-leads-college-sports-into-the-next-era/, my column today will be more of a multi-topic column as there are a lot of subjects to discuss. Even in the usually desolate June and early July sports timeframe, there are a lot of things going on to keep an Illini fan and a B1G fan very interested.

Coach Brad Underwood set a precedent that largely went unnoticed during the "Transfer Portal season" though it made huge impression upon me. 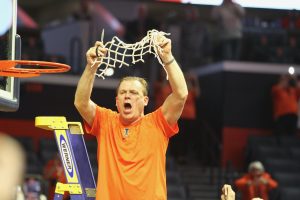 When recruiting Matthew Mayer and Pete Nance, reportedly Coach Underwood said it was a first come, first serve invitation. He didn't take the chance of waiting on whichever player he might like best, then having the #2 player get an offer from some other school and before a coach knows it, both players commit somewhere else meaning "the bird in hand" isn't even left to sign. Underwood simply said first come, first signed. This is not me quoting Coach Underwood, but that does sound snappy, doesn't it?

Why is this important? In the era of the Transfer Portal, recruiting has turned into a war on multiple fronts. And this war has so much fog on the battlefield because the future rosters are no longer remotely predictable. Coaches don't know who is going to enter the NBA draft (a nice problem to have), transfer out (who knows when that will happen), and even the extra year of COVID eligibility makes it difficult to predict what roster changes will happen from April to October.

Here are the recruiting fronts as I see them:

By setting a precedent the Illini will not "hold on" for any one player, this sends a message across the country that an offer from the Fighting Illini is a valuable property, and it has an expiration date. This should speed up the decision-making process for smarter recruits. If this happens, the Illini staff will be able to build their team quicker. He's also reinforced this by turning down Adam Miller, a skilled former Illini who inquired about returning to the U of I.

The privilege to play on a team that is successful and putting players in the NBA is valuable. The Illini have to successfully sell this and Underwood is proving adept at doing so. The faster they move, the easier it is to assemble a team that fits together well - both in basketball and in mindset. Basketball circles are very small and very tight. Coach Underwood sent out a message that won't be missed by many in the community, a spot on the Illini is a high value privilege. 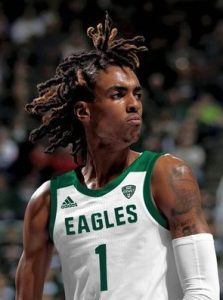 There was a lot of rumbling around the Emoni Bates transfer from Memphis. He didn't get along with his teammates well and the team had much more success without him. The Tigers went 10-2 directly after Emoni left the team in February, including two wins over formidable Houston. Rumors swirled around his dad and expectations of how much fun it would be for a coaching staff to deal with such an "involved" parent around the prospective team a college coach is trying to run. When Emoni hit the trade portal, his prospects were higher in the eyes of the sports media and college hoops fans than he would find in the eyes of college coaches looking for transfers.

Emoni re-classified in high school to move up one year earlier in order to play college basketball sooner. Clearly, that can be a very challenging proposition - even for the #1 ranked player in the country. Especially when the decision appears that it might have been pushed by a very aggressive parent. The NBA is the goal, as it is for many players, but when the player has an "entourage" around him who wants to force the primary goal of the player getting drafted on to the college coach, that can be a big ask for a coach trying to build a team that wants to operate smoothly.

Instead of a landing spot like the expected duo of either Michigan State or Michigan, Bates ended up at Eastern Michigan. This is a huge drop down for a player whose posse wants him to be ready to be a lottery pick in 12 months. Good luck to Eastern Michigan head basketball coach Stan Heath. It won't be fun trying to win games and count shots, minutes played and other stats for his star player.

If Bates comes through big time, this will be an excellent year for Eastern Michigan. If he does not, this could be a train wreck for all involved. Good work by the Illini coaches on passing on this Transfer Portal player. He may be talented, but he carries too many risks for a team with the talent of the 2022-23 Fighting Illini basketball team.

The move by USC and UCLA to join the B1G was surprising in its timing but not in its occurrence. This situation is eerily similar to Texas and Oklahoma announcing their movement from the Big 12 to the SEC last year. The world of collegiate sports is all about increasing the revenue stream and the revenue stream is provided largely by college football. Therefore, college football considerations are driving the re-alignment of college conferences.

Powerhouse athletic schools like UCLA and USC can't receive $31 million a year from the PAC 12 conference's television contract and expect to compete with the B1G schools, all of whom are making at least $50 million per year from their conference television contract. In the SEC, teams are also making that much as well. Thus, when Vanderbilt and Minnesota are making more money than USC and UCLA, it's time for the musical conference chair game to begin.

For USC and UCLA, the motivation is much greater than even outlined above. Before landing the two west coast powers and securing the #2 television market, the B1G reportedly had a television deal worth between $75 million and $110 million per team, depending upon the source. There was no way the PAC 12 schools could refuse taking a look at moving, especially if it was executed by June 30, as there would not be any penalty payments due to the PAC 12 upon their departure. As it stands, the two teams would be making at least $40 million more per year for moving to the B1G. How could they NOT move? And now that the B1G television deal is being looked at again by the networks, that payout could get even larger. 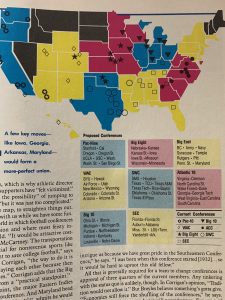 Fans are lamenting the death of the annual traditional regional rivalries. Instead, these rivalries will be replaced by a system of pods and a rotating schedule of playing other conference teams resembling the NFL's schedule making. The revenue will flow, but like many situations, with just a bit of foresight the NCAA could've avoided this whole situation.

As far back as 1985, there were recommendations for changes focusing on adjusting the conference memberships in an effort to maximize regional rivalries and minimize travel budgets. If these changes had been made, in concert with scrapping the bowl system or using the bowl system to host a 16-team football tournament for the national championship, some realignment would've occurred, but minimal changes would be required now.

Another negative situation could've been avoided if the NCAA had the foresight to allow collegiate players to be compensated even a small percentage for each of their jerseys that were sold at retail. With any flexibility on the NCAA's part, this situation could've been resolved decades ago as well. Players would've been compensated in a manner that makes sense and matches their popularity with the public. With just a bit of anticipation, the whole Name Image Likeness devasting court loss and its revolutionary results on collegiate sports could have been avoided or at least the change could've happened in a way that took more fan desires into consideration.

As it is, we're now seeing the collegiate landscape divide into two to four conferences that will be run on the fuel of football. This has been predictable since the announcement of Nebraska moving to the B1G in 2010. At the time, it seemed clear that the two biggest targets for the B1G were Notre Dame and Texas. I would expect that those two are still desired targets, even after the USC and UCLA additions to the B1G. 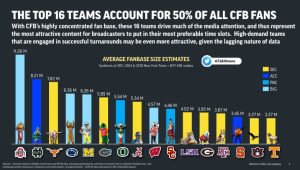 Both Texas and Notre Dame are national brands of incredible power. Texas features the academic standing that the B1G covets and its AAU (American Association of Universities) membership, but it's SEC intentions could be a problem. That's for Texas to decide.

Notre Dame is a traditional rival of Michigan, Michigan State, Purdue and USC. Their football program is legendary, though some feel its best years are seemingly behind the program, but its fanbase is a rabid one. Geographically speaking, the Fighting Irish should be a logical choice by the conference for B1G membership - and Notre Dame should want to join the B1G from a purely logical standpoint, as well.

The B1G has said it's not looking to expand any more at this time, but Notre Dame has reported interest as has Oregon and Washington. There are probably additional teams that are backchanneling the B1G as well. The conference doesn't have to do much other than to field prospective suitors to join the conference. A huge impending television means there's no need for the B1G to tamper. All the B1G has to do is sit back and wait until the desired schools comes to them and snap them up.

It's only a matter of time before the B1G expands to 20 or more teams. The SEC will do so as well with its primary targets being ACC powers along with what is left of the B12. The PAC 12 and Big 12 will need to look at the remnants of their conferences with an eye on merging and do so before the SEC picks off the best of the Big 12 conference and moves on.

The next few years should be like watching a game of chess as the B1G and SEC compete to build the biggest television networks to generate revenue streams to help infuse their teams with the talent to win national titles. Make no mistake, as powerful as the SEC is, the B1G has a chance to build a television network that is only surpassed by the NFL and the NBA.

This nuclear arms race to create super-conferences is the fault of short sightedness of the NCAA leadership which reaches back decades. This is why I can't question Josh Whitman when he says that the NCAA has a credibility problem. Josh is being nice. The NCAA has had that issue for a long, long time.