Heat Checks and Hail Marys - Appreciate Today, While You Can

Talking to people at the game last night and reading fan feedback after the game, I heard a lot of frustration in the Illini victory over the Michigan Wolverines at State Farm Center. The Fighting Illini won the game 68-53. This was their 6th straight win and their 11th win in the last 12 games. The Illini also have quite a string of B1G accomplishments to date: 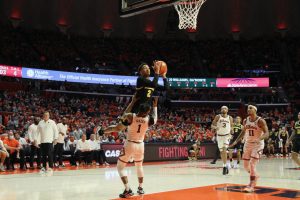 Trent Frazier keyed things last night, with 7:27 left in the 2nd half, the Illini were only up 45-44. The Illini went on a 16-5 scoring spree that opened the game up to 61-49 with 2:31 left in the game. In typical Frazier fashion, Trent scored 11 of the 16 points and had an assist. He's become a closer. He may not be Ayo, but on a team that has three main scorers, he's winning games with his shot making ability down the stretch. Frazier had 16 of his 19 points in the second half and is now averaging 21.3 points in the last three games.

Not to be outdone, Kofi ended up with game highs of 21 points and 10 rebounds. It was his seventh 20-point, 10-rebound game of the season (2nd in the nation). It was also Kofi's ninth straight double-double and 11th of the season (3rd in NCAA). Cockburn now has 39 career double-doubles, most in the NCAA since 2019-20 and two shy of equaling the Illinois all-time record.

Alfonso Plummer, who came in as a three-point specialist, has demonstrated an ability to get to the rim off the dribble that was not anticipated. He has scored double figures in 11 of the last 12 games. This includes six games scoring in the 20s and one game where he scored 30. Plummer is shooting 40% from the three-point line, despite cooling off in the last four games as he's shot 4-21 during that span.

It's not like the rest of the team isn't contributing. Look at what they're doing to assist in Illini wins:

It seems the Illini fanbase is agitated by the Illini not blowing out the young and COVID reduced Wolverine team earlier in the game. The team isn't shooting three pointers nearly as efficiently since the COVID break. Some are even worried about what's going to happen next year when Trent and Alfonso are gone, and Kofi and Jacob are expected to join them in taking their skills to the professional leagues. 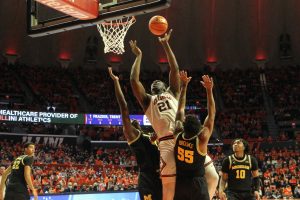 Let's all count down from ten to zero and calm down a bit.

Illini fans should consider that for a decade, they've been forced to watch games like Michigan - with the distinct difference that the Illini weren't able to win many of those games. This year's team has managed to do so. While it wasn't pretty, I have a hard time thumbing my nose at a 15-point B1G victory. Heck, I'll take a one-point victory and be happy.

With Aikman presenting Johnson during Saturday's Hall of Fame ceremony, the coach has been reflecting on his career and the April weekend with his closest friends, sharing pizza, pasta, beer and red wine. It rekindled what was a magical time in Dallas Cowboys history.

"During that period of time, personally, I was so driven to not only be the best, but I was driven to get better," said Johnson, 78, who talked with ESPN in multiple interviews.

"I never took the time to enjoy the wins."

For those who are interested, check out the full article here: https://www.espn.com/nfl/story/_/id/31927679/how-bout-cowboys-story-jimmy-johnson-legendary-line

At this point, appreciate what we're seeing. Take the time to stop and smell the roses. Coach Underwood has this team winning B1G games at a clip only exceeded by the 04-05 team in the modern era.

We're seeing Kofi Cockburn, who is essentially the second coming of Shaquille O'Neal. Kofi is simply dominating the competition on the inside. Shaquille last played in college in 1992. Does that mean the next time we see a physically dominant alpha male center will be in 2052? Appreciate Kofi's efforts as we have no idea if we'll see him next year.

We're seeing Trent Frazier make a run at becoming one of the top 10 Illini scorers of all time. We've seen him develop into one of the best defenders in all of college basketball and learn how to close out a game - but not in the way of hitting the last second shot - but by going on a roll that gives the team a lead that it won't give up down the stretch. Appreciate his efforts, we know that this is his last season. It's been one heck of a ride.

We're seeing Alfonso Plummer show that when he's hot, he may be the best three-point shooter ever to don an Illini uniform. His ability to bomb opponents into submission by raining 3's on them is a joy to watch. Appreciate what he's doing for the team. We'll only see him for one year, so savor every minute of it.

We're seeing Jacob Grandison calmly hit big shot after big shot. He's one of the few players that the coaching staff has to instruct him to be more selfish and take more shots. We don't know if Jacob is coming back next year. Appreciate his stoic demeanor and ability to lead by example, not by words. 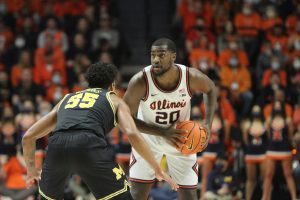 We're seeing Da'Monte Williams do all the things that no one ever really wants to do but they need getting done. Need a guy to guard a 4? Sure. Need someone to guard a 3? Sure, if it's needed. Need someone to try to play point guard to allow Trent to rest in Andre's absence? He's game. We won't see Da'Monte next year, but like Trent, we will see the culture they've help to define as the next iteration of the Illini take the court. But that isn't until November of 2022.

Let's consider the option of enjoying January, February, March and April in the moment. There's a lot of basketball to be played. Conversely, for some Illini players, there’s really not much more time left wearing the orange and blue. Enjoy their efforts and results while you can.