Steelers' Rudolph to start at QB in Hall of Fame Game

Checking in on Illini alums at the Olympics

The University of Illinois athletics department confirmed the news Friday. Roundtree is survived by mother and his younger sister, Zhane.

“All of us with Illinois Athletics are shocked and saddened by the sudden passing of Bobby Roundtree,” Illinois athletics director Josh Whitman said in a statement. “From his first day on campus, Bobby was a leader. His work ethic, competitive fire, and drive for excellence set him apart. Following his tragic accident, those same qualities allowed him to tackle his new challenges with the same vigor and determination that we had seen on the football field. In so doing, he continued to bring light and inspiration to the lives of those around him — and, in fact, to so many people who had never had the pleasure of meeting him. In the face of incredible adversity, he demonstrated he was, and always will remain, a true champion. Our thoughts and prayers are with his family. We will support them, and our players, coaches, and staff who knew him well, as we struggle to understand this terrible news and, ultimately, look to celebrate the remarkable young leader we have lost.”

Roundtree suffered a severe spinal injury on May 18, 2019 at Madeira Beach, Fla. that left him paralyzed from the waist down. 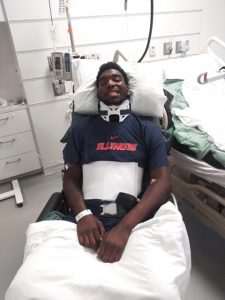 "This has been devastating to his teammates, the entire Fighting Illini family and his family and friends,” then-Illinois head coach Lovie Smith said in 2019 when hearing the news of Roundtree’s accident. “Bobby Roundtree is exactly what you want in a student-athlete. He is a hard worker, dependable, a dedicated student and a leader.”

Roundtree underwent surgery shortly after the accident in Florida and was then moved to the Shirley Ryan Ability Lab in Chicago. During the coronavirus pandemic, he continued his rehabilitation near family including his mother, Jacqueline Hearnsin in Clearwater Beach, Fla.

Roundtree’s last appearance at the University of Illinois was during the Senior Day loss to Northwestern on Nov. 30, 2019. Smith made a promise to Roundtree that he’d get him back to campus for a football game during the 2019 season.

“It’s kind of hard to express into words, a lot of us have been there the entire time with Bobby,” Smith said after the season finale game in 2019. “I’ve seen him from the first night he had that accident (up to now), he’s made so much progress. He’s gotten his strength up, working daily. If you saw what he does on a daily basis to get himself back here on campus, you’d have to be pumped up.”

The Illini football program and athletics department started a fundraising campaign on a Gofundme website page under the ‘#97Strong’ name in Roundtree’s honor. The campaign was created with an original goal of raising $97,000 for the former No. 97 in an Illinois jersey to help offset his medical costs. As of Friday, the campaign had raised $134,199.

“It’s truly a miracle, just the condition he was in and to see where he’s at now, he was talking and smiling,” said former Illinois senior tailback Dre Brown, who recently has accepted a job in the Notre Dame football recruiting office, said in 2019. “It’s so inspirational, honestly. It kind of fits this team, just a bunch of fighters and the Fighting Illini also. It was just really nice to see him."

Before the accident Roundtree was seen as one of the most dominant defensive players in Smith’s early years as head coach of the Illini program. In 2017, Roundtree was the first Illini true freshman defensive end in 37 years to start a season opener. In 2018, Roundtree led Illinois in tackles for loss (12.5), sacks (7.5) and led all Football Bowl Subdivision defensive linemen in pass breakups with seven. Before the accident, Roundtree had goals of being drafted and playing in the National Football League. After suffering the severe spinal injury, Roundtree began posting his rehab process on social media with the eventual goal of using his legs to once again be able to walk.

“Last year May of 2019, I was in an accident that changed my life,” Roundtree wrote in a message on Instagram. “It’s been a long challenging year for me. Missing out on last football season and being in the hospital for 7-8 months. Going through ups and downs but it’s made me stronger. I been fighting through pain every day to get closer and closer to the old me. I been proving so many wrong and will continue to.” 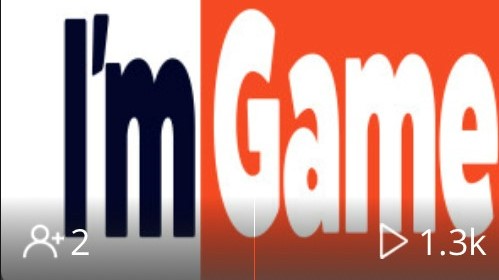 I on the Illini - Catching Up with Illini Legends David Williams and Craig Swoope (S1,Ep32)