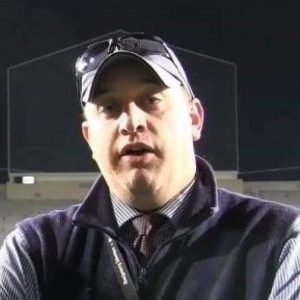 CHAMPAIGN, Ill. -- Yeah,  so game number two of the Bret Bielema era wasn’t exactly what Illinois had in mind as they watched the Illini lose to Texas-San Antonio 37-30 last weekend. Obviously, several IlliniGuys subscribers had questions for its newest beat writer.

Therefore, what better way to answer all of these questions than have Matthew Stevens compile the entire list and give his thoughts in a comprehensive Q&A mailbag format.

Question No. 1 - From @SuperBigP - Why did we play so far off receivers in the first half of the game? Every route felt like it was open by 10-15 yards, was this design?

Stevens Answer: Yeah...there’s just not a sufficient answer to justify the amount of cushion Illinois’ cornerbacks were giving UTSA receivers last weekend. The only two, let’s call them excuses that defensive coordinator Ryan Walters and defensive backs coach Aaron Henry promised will get fixed quickly, is Illinois cornerbacks Tony Adams and Devon Witherspoon don’t trust themselves or their safety help enough to jump routes and take risks like playing a lot of press-man coverage (which, let’s face it, is a risk) because they may get burned on a deep pass that instantly puts a team in scoring range. The other excuse is UTSA used a lot of tempo offense, which Virginia will do as well, and that has mental effect of secondary personnel not being overly confident on the down and distance.

Question No. 2 - From @jhp21 - Why does it take halftime to address certain changes? The pattern was evident in the first quarter. Did any of the coaches address the offensive play calling?

Stevens Answer: The main answer to your two-part question is it doesn’t take halftime for these changes to be made but I would hope you can appreciate the touch that Walters can have in a 1-on-1 scenario when needing to make major schematic changes throughout the course of a game. Illinois offensive coordinator Tony Petersen isn’t even on the sidelines so his message has to be translated through an assistant coach or the quarterback himself from drive to drive before changes are made.

Questions No. 3 - From @phoenix_illini - How often did we use an H-Back on Saturday? With Virginia's tendencies on defense and Art as the quarterback should we expect more "12 personnel" be it double tight end or two wideouts at LOS plus H-back?

Stevens Answer: In Saturday’s game the H-back was essentially Daniel Barker and it was very effective to getting him involved in the pass game but it didn’t have a lot of success in the run game when Illinois used Barker’s motion movement to essentially try to have the tailback run straight behind Barker and fellow Illini tight end Luke Ford on a specific play. I would suspect Illinois feels its best chance to win is with “12 personnel” but with them traveling with 10-11 wide receivers, I’d expect a more open Illini offense Saturday at Virginia to possibly mean more 1-on-1 coverage for Isaiah Williams.

Question No. 4 - From @Stump4 - I want to know how critical the turnover on the punt was in your opinion?. It really pulled the air out of the sail I believe?

Stevens Answer: Turnovers are never something you want to have happen. However, I think that is a mistake Illinois should’ve been able to overcome with more consistency in both the offense and defense. If you were to ask Bielema, he believes that was the play of the game for two reasons: 1) It stopped Illinois from gaining the “double-dip” momentum they got vs. Nebraska (scoring to end a half and then scoring in the first drive out of a second half) and 2) UTSA had illegal motion on the punt and Bielema believes the play should’ve been redone with UTSA being moved back five yards but a flag was not thrown.

Question No. 5 & 6 - From @Bbfan25 - So another coaching staff that doesn't fully reveal injuries? What positions do you see as biggest needs for transfer portal after season

Stevens Answer: Yes to the injury question. We tend to learn about a new set of injuries or new story regarding why a player is still inactive each and every week with Bielema.

Question No. 7 - From @6Pack - If you were Bielema, how would you fast track the rebuild? Next years roster is especially looking rough and Champaign won't exactly be an attractive place for top tier transfers to come given the prospect of losing. Going to be hard to build momentum recruiting and with a fanbase after let's say 2-3 wins this year and then something similar (or worse) next year.

Stevens Answer: I have been extremely consistent (and Steve just disagrees with me but that’s okay) that the extreme dropoff between 2021 and 2022 shouldn’t be expected. Once again, I believe folks are translating the age of 22 “super seniors” to good talent and that might be misguided. Old sometimes means old and not necessarily good. So, if I was Bielema, I’d keep doing what he’s doing and not try to “fast track the rebuild”. You have no choice because the transfer portal doesn’t represent solid program-building tactics in my opinion.

Question No. 8 - From @Goyager - Which super seniors have been bad?

Stevens Answer: Well, Blake Jerasty had a horrific game at left guard last weekend and was a major reason why the Illini run game was stuck in neutral. I’d say Tony Adams admitted to having a less-than-stellar game last weekend. Alex Palczewski has been, at times, overwhelmed by superior pass rushers at right tackle. Brandon Peters is hurt and availability is a key ability for players. Mike Epstein is now hurt again. Finally, Jafar Armstrong hasn’t been on the field yet because of injuries.

Question No. 10 & 11 - From @Flight33 - The interior OL looks too small by Big ten standards. Will Pearl play more? How does the recruiting class finish out? What positions are a must?

Stevens Answer: The 2022 recruiting class question is easier to answer so I’ll answer that one first. Illinois needs to be and is focusing on defensive players to fill out this current class and they may be going to the junior college route to do so (something that Lovie Smith, TIm Beckman and Ron Zook all struggled to do because Illinois officials have flagged certain players’ academic profiles when they’re recruited). On the interior offensive lineman issue, Tony Petersen said Monday that his offense is being forced to scheme around a smaller offensive line than he’s used to when he’s been around Power Five Conference programs (i.e. Minnesota). I always use this example when describing this: Is Doug Kramer playing to his full effort level every snap or every game, probably yes. Does that suddenly make him Travis Frederick (the All-American center and first round draft pick that Bielema had at Wisconsin)? No, no it doesn’t. Will Julian Pearl play more? Possible but this staff likes him at tackle and so I doubt you’ll see him at guard to help the interior line positions anytime soon.

NOTE: Thanks for all the questions and this will be a consistent weekly piece going forward following Illini games during this 2021 season.