While the 2023 class is a ways away from playing on the college court, it's a safe bet that Illinois is starting to establish recruiting priorities for this class. With Andre Curbelo most likely hitting this year's draft  - or next year's draft at the latest - there will be a need to find a guard to complement Jayden Epps and Sencire Harris in the backcourt. So far, the staff has shown interest in a couple of elite point guards. 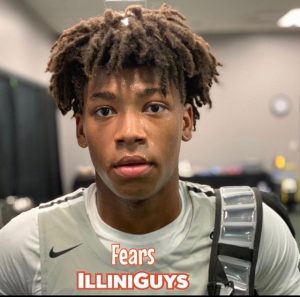 The first of these guards is Jeremy Fears, Jr. Fears played Brad Beal Elite AAU in the spring and summer and will be again playing for La Lumiere for school ball in the winter. He dealt with an injury at the end of the AAU season, so there wasn't much opportunity for Illinois coaches to see him live. He excels at beating his man off the dribble and uses his extreme quickness to get in the lane to score or find shooters for easy threes. This quickness also allows him to hound opponents' ball handlers to create turnovers and leads to easy points. Other schools that will be seriously involved with his recruitment include Michigan and Indiana. He has been offered by schools like Kentucky and Duke as well, but it remains to be seen if they will be coming after him hard. 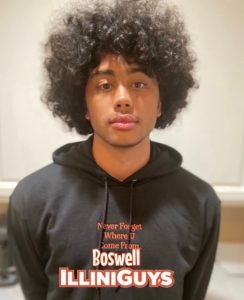 Potentially the biggest of the targets is Kylan Boswell who is originally from Champaign. He plays for Centennial in Corona, California now, but has ties to the Illinois program as he trained with former Illini Trent Meacham. Compared to Fears, Boswell is more polished as a scorer and shooter from deep which provides value for today's game. His ability to score at all three levels makes him a potential one and done type talent. While he needs to improve as a defender, he has good instincts and is a solid rebounder for a guard. With the strength of his shooting, he could excel as an off ball player, allowing him to play at the 1 or 2 around guys like Epps or Harris. Not much is known about which schools he is seriously considering, but he lists offers from Arizona, Kansas, Louisville, Stanford, Texas, UCLA, and USC. Hopefully, his ties to the Illini program can be a draw and help us win over some of these other big time programs. 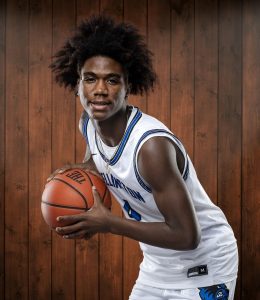 The third and final guard prospect - Marvel Allen - received an Illinois offer before he blew up into a five-star recruit. Allen plays for Calvary Christian Academy in Florida and for Each One Teach One for AAU. He's probably more of a 2 than a point guard, but he has potentially more upside than either Fears or Boswell. He is 6'4" and is a wiry, quick-twitch athlete that really gets after it on the defensive end. He hasn't had to shoot a volume number of 3's, but what he does shoot looks good. He has the ability to get to the rim and his comfort with shooting from mid-range gives confidence that the 3-point shot will come over time. So far, he hasn't seen blueblood offers, so his recruitment remains winnable. Chester Frazier also offered him when he was on the Virginia Tech staff, so there may be some ties in that regard. The biggest of the programs involved with his recruitment to date are Alabama, Florida, LSU, Memphis, and Miami.

Of these three options, any of them would be a good get for Illinois. It will be interesting to see how they decide to prioritize these guards moving forward given that they each provide a different skill set. The staff will most likely want to see them in live evaluation during school ball to gauge where they see each of these players and how they may fit the Illinois' roster.