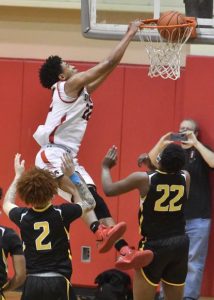 Disclaimer: This article is based on my own research on this recruiting class. This research included UNC and Villanova recruiting boards, with a focus on the information of their own experts (the Brad Sturdy of these sites). No contact with the coaching staff has occurred during the research for this article.

The biggest domino left to fall in the 2022 recruiting class is Cam Whitmore. He officially visited Illinois for the Nebraska football game on August 28th. That was a week removed from his previous campus visit to UNC. He's now decided to visit Villanova - his third finalist - on September 18th.

It would be tough for Illinois to win his pick, but that's the dynamic of such a highly sought after recruit. For Illinois to prevail, there look to be a few things that need fall into place.

First, UNC needs to take a commit from another small forward  - namely, Tyler Nickel. Nickel is visiting UNC next weekend, so that will provide more information. Signing Nickel would prevent UNC from signing Whitmore, even if Whitmore wants to go there. From there, Illinois would simply be up against Villanova - which appears to be his parents' pick.

Second, based on Whitmore's social media and the disconnect that's been speculated to be within his camp (including his parents and maybe others), Cam himself may push back and want to have more agency in his own decision. This would fall in Illinois' favor.

While this remains a low probability scenario, it's good to see Illinois back in the conversation for this level of talent.  Having experience recruiting a consensus five star player will help the staff into the future as they refine their pitch to attract high level recruits. 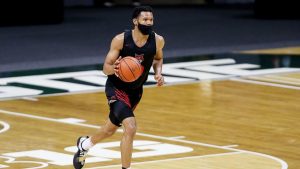 Given the more likely scenarios that Whitmore will commit to UNC or Villanova, Illinois staff is most likely forming their back-up strategy. As of yesterday, Illinois was able to land themselves on Ty Rodgers' top 9. While not on Whitmore's level, Rodgers would be a fantastic addition.

He has a connection with Illinois' new assistant coach, Tim Anderson. This gives Illinois a shot they may not have had prior to Anderson joining the staff. Rodgers is a hard-nosed, defensive-minded wing who is able to guard the 2 through 4 as well as anyone countrywide. He makes a positive impact on both the offensive and defensive glass and is ready, willing, and able to do the dirty work for his team.

While he'll need to add to his offensive arsenal, he's still a positive player due to the other things he brings to the table.  Also on his list are Alabama, Michigan, Michigan State, Memphis, and UConn, so this will be another toughly contested recruitment. Nevertheless, it's good to have him as an option, as he's not far into his recruiting process. 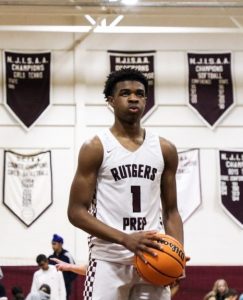 Another option in the wing category - independent of Whitmore and Rodger's decisions - is Otega Oweh. He visited Illinois on August 25th and seemed to really connect with the Illinois staff. He took other visits to Oklahoma and Penn State (where his brother played football), so it will be interesting to see where this goes now that his recruitment is coming to an end.

Oweh isn't as big a player as the others so he would likely classify as a 2/3 at the college level, versus a 3/4 like Whitmore and Rodgers. That said, he's a well-built athlete and would provide a great compliment to the other guards Illinois has added for this class.