Disclaimer: This article is based on my own research on this recruiting class. This research included other teams' recruiting boards, with a focus on the information of their own experts (the Brad Sturdy of these sites). No contact with the coaching staff has occurred during the research for this article.

What happens with Illinois' big man recruiting revolves around the decision of Cam Corhen. Similar to Cam Whitmore, Corhen visited for the Nebraska football game. He has been considered as an Illinois lean for a while now, but after his recent visit to Florida State there seems to be a perception among the basketball media that there is less certainty that Illinois will win his pick. Rounding out his top 3 is LSU - another strong contender. A visit there would send a signal of his interest.  Hopefully, Chester Frazier's relationship with Corhen can help Illinois prevail.

Illinois' interest in Corhen rests on his ability to play the 4 or 5. This makes him unique in this class and without this combination, Illinois will have a decision to make: will they want a true center or a power forward? 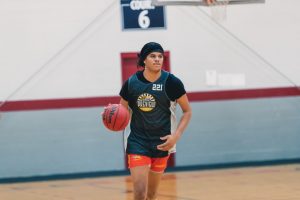 If they lean toward securing a center, then there are three options, each having their own strengths and weaknesses: Jaxon Kohler, Malique Ewin, and Christ Essandoko.

If they go the power forward route - a far less likely scenario - they will probably go with players who have previously been offered. This includes AJ Casey, Sadraque Nganga, and - even less likely - Braden Huff.