Cubs plan to release OF Heyward after 2022 season

Thanks to the addition of Morez Johnson and ZZ Clark in the 2024 class, Illinois can go big game hunting with their remaining scholarships. Without a shadow of a doubt, two targets they are after are James Brown, a combo big and Nojus Indrusaitis a wing player. Both play AAU basketball for the Mean Streets and St. Rita for their high school basketball.  They will be most likely be recruited by Tim Anderson as well as by Coach Underwood directly, just as Johnson was. We will discuss Indrusaitis as well as other wing options for 2024 in a future column. 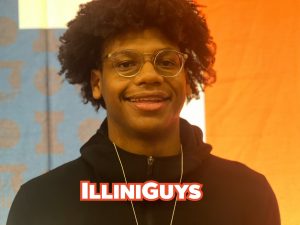 Without knowing how many scholarships Illinois will have at that time, this class looks have the potential to shape into a large one. With Brown being Illinois’ top priority and having such a good relationship with Anderson, a lot will be riding on his recruitment. Brown is currently ranked 27th in the 24/7 composite rankings, but his offer list is in line with someone who is ranked as a top 15 prospect.

Since the start of 2022, he’s received offers from Wisconsin, Texas Tech, Missouri, Marquette, Notre Dame, Oklahoma, Ohio State, Texas A&M, North Carolina, Indiana, Michigan, and Harvard. These go along with his four Power 6 offers of Iowa, LSU, Illinois, Florida, DePaul, and Providence in 2021. Given he just received the offer from UNC on June 30th, they may or may not be the last blue blood to come into his recruitment as Duke, Kansas, and Kentucky could all jump in at any moment given the level of play he has shown.

With all of this in mind, Illinois should be creating relationships that would allow for other options at the center position in the 2024 class as a fallback plan. Two players with Midwest backgrounds would be Flory Bidunga (Indiana) and John Bol (St. Louis). 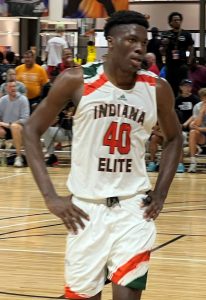 Bidunga is the shorter of the two at 6’9”. He weighs 220 pounds and hails from Kokomo, Indiana. He is just now tapping his potential. Although a virtual unknown coming into the spring, he has rocketed all the way to 5-star status depending on which site you look at. His recent play at the NBPA Top 100 Camp, justifies his recent rise in the rankings. The argument could be made that even now, he may be slotted too low in the rankings. We have heard the Illinois staff is willing to move away from big men like Kofi Cockburn, and Bidunga at his current size and athleticism would certainly fit that thinking.

Bidunga is an elite above the rim finisher that tries to dunk on just about every touch. While he’s strong on the offensive end, he has the potential to be a game changer on the boards as well as on the defensive end. He’s a quick jumper and has good instincts in terms of timing. He compares very much to last year’s college national player of the year, Oscar Tshiebwe.

Currently, he has offers from Wake Forest, Bradley, Creighton, Arizona State and Auburn, and those numbers will skyrocket in the coming month, so if Illinois were to decide to jump in relatively early, this may pay dividends down the road.

Bol, at 7’2” and 200 pounds, is originally from St. Louis and is now playing with Sunrise Christian Academy in Wichita, Kansas. He’s currently ranked 24 in the 24/7 composite rankings.  Illinois was one of first five D1 offers he received in January. 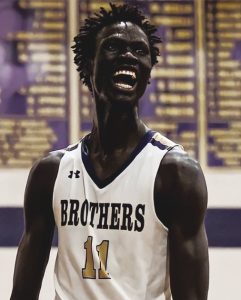 Given his height, Bol’s virtually impossible to miss on the court, but what really stands out is his ability to move fluidly on the court at his stature. He’s one of the more agile big men in the country. He doesn’t take a ton of shots outside of dunks and layups, but his jumper looks refined as from mid-range. He’ll have an opportunity to further develop his mid-range game during what is most likely his one year in college.

Bol's recruitment was another case of a "when will the blue bloods come sniffing around" scenario, until July 7th when Kentucky reportedly visited with Bol. This means Illinois, Clemson, Iowa, Missouri, Butler, and Kansas State must try to separate themselves from the rest of the pack. These team can hope for an early commitment or may be able to use their head start to create a solid relationship. Kentucky's entrance into the sweepstakes makes the early commitment scenario much less likely.

Given where Illinois stands now with bigs in the 2024 class, it is clear that they have been able to use Cockburn’s success as a springboard to attract up and coming talent. It remains to be seen how this will play out as we move forward into the 2024 recruitment season.

James Brown is a huge target for the Illini basketball program. They have good reasons to be optimistic in their chances to land the St. Rita star. They are also in position to be competitive with these other two talented bigs if they need an alternative.