Until last season when Illinois added RJ Melendez and Luke Goode, the Illini had been lacking length from the wing position. Now, they’ve added Terrence Shannon and Matt Mayer while having Ty Rodgers in their recruiting class. This leaves Illinois with one of the most dynamic group of wings in the entire country.

Due to the fact that Shannon and Mayer are both seniors, there will be a need to add another wing to the roster. There is also an outside chance that Melendez or Rodgers could go pro after the upcoming season. With this in mind, Illinois should keep options open, just in case. They would benefit from adding two wings in this class, and possibly even more. The first and highest ranked prospect of the wings is Cody Williams from Gilbert, Arizona. Williams is a 6’8” point forward who can really do it all on the court. He isn’t an elite athlete in terms of jumping or lateral speed, but he’s still a solid athlete, nonetheless.

Where Williams really shines is his feel for the game on both ends of the court. He’s an elite ball handler and passer for a guy his size. He’s also made progress as a shooter from deep as well. Defensively, he shows a knack for getting his hand in passing lanes and is an excellent weakside rebounder. His older brother Jalen was taken by Oklahoma City with the 12th overall pick in last week's NBA Draft after three seasons at Santa Clara. Basketball does run in the genes in his case.

Williams’ recruitment is going to start picking up in the coming weeks. In addition to Illinois, Arizona, UCLA, USC, LSU, California, Texas, and Arizona State have all offered or shown serious interest.  There are also rumors that Kentucky will throw their hat in the ring as well. With his rise into five-star territory, his recruitment is bound to heat up. Illinois getting in now and showing interest in Williams as a priority recruitment could pay off in the long run. 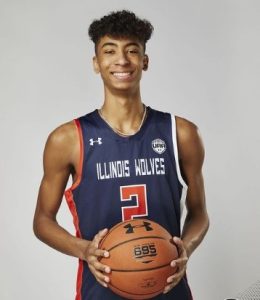 Cam Christie is one that Illinois has known about for a while. He’s the younger brother of Max Christie, who spent one season at Michigan State before being taken by the Lakers with the 35th pick in last week's NBA Draft.  At 6’5” Cam Christie’s game resembles that of his brother. He’s a scorer at all three levels with a very fluid jumper. He would benefit from adding a few pounds both in his upper and lower body, although right now his lack of muscular frame doesn’t seem to be hindering his production. 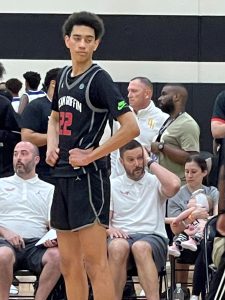 Arguably the highest upside player on this list is 6’9” Trent Pierce from Tulsa, Oklahoma. Most sites list him as a power forward, but it’s fairly clear that he’s put the work in with his handle and shooting that he should be listed as a small forward or a wing. Offensively, he shows an aggressiveness going to the rim and can finish with ease due to his long wingspan. He’s also a force in transition due to his extremely long strides.

Pierce is another one that doesn’t seem to be as far along in his recruitment. So far, he has competing offers from Arizona State, Florida, Oklahoma, Oklahoma State, Minnesota, California, and Kansas State. While he’s currently ranked 71st in the composite rankings, that is bound to change as he is transferring to Arizona Compass prep which will get him much more exposure for his senior year. Illinois offered him in early May, and he will likely receive more offers before the end of the summer.

Another prospect that Illinois has shown interest in is Jelani Hamilton from Austell, Georgia. At 6’6”, Hamilton can play the shooting guard or small forward position comfortably. He’s one of the best pure shooters in the entire class. While he’s still getting comfortable attacking off the dribble and becoming more of a playmaker, shooting/scoring remains his number one asset. He will need to continue hitting the weight room, but he has a solid frame to build on. 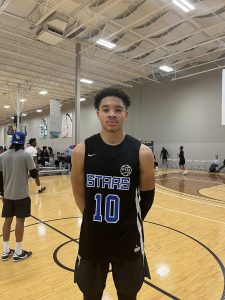 Hamilton has received competing offers from Georgia Tech, LSU, Texas A&M, Alabama, Xavier, Auburn, and Iowa State. It isn’t going to be easy to get him out of the southeast. He’s another one that doesn’t seem to be as far along in his recruitment as most are going into their senior year. Considering most of the schools listed above have offered since April, it remains to be seen which of them receive official visits.

Illinois does not appear to need to be pursuing guards in the 2023 class due to grabbing three guards from the class of 2022, but it may be smart to at least have an option in case Skyy Clark is able to be a one and done prospect. My choice would be a top 30 guard out of Minneapolis, Taison Chatman. 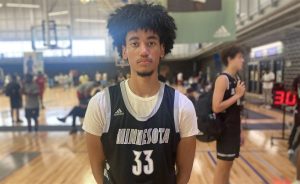 Standing at 6’4”, Chatman can play either guard position comfortably. Like Hamilton, above, he’s one of the best shooters of the entire class. Illinois may want to consider going after him, because – relative to his ranking – he doesn’t have as many suitors as one might expect. He only has offers from Iowa, Xavier, Connecticut, Louisville, Iowa State, Ohio State, and Minnesota.  He isn’t as strong as another recent prospect out of Minneapolis, Jaylen Suggs, but both are extremely strong for their build, electric above the rim finishers, and very heady playmakers with the ball.

Even if Clark doesn’t go pro, Chatman could easily slot in next to him at the shooting guard position, and be able to fill up the stat sheet. Like a few others on this list, he isn’t far along the recruitment process. He recently visited Connecticut on June 19, after just receiving an offer two months prior in April. This shows openness to the new schools recruiting him  - if they are the right school.  With the other schools recruiting him from the Big 10, by appearances he shows an openness to schools in the Midwest.