This upcoming year will be Illinois’ first year without Kofi Cockburn after three years of him manning the center position. Most remain optimistic that Dain Dainja will be able to contribute positively and even do some things that Cockburn couldn’t. This includes guarding on and shooting better from the perimeter and being a better passer and ball handler for a big man. On the other hand, Dainja will lack Cockburn’s sheer size and impact on the glass and won’t be able to use brute size and strength to get as many buckets in the paint.

Dainja was a top 50 recruit but has dealt with a shoulder injury and had to sit after his transfer from Baylor. As a result, he’ll have a lot to prove to live up to that billing. It remains to be seen who Illinois looks to recruit from the 2023 class of big men to pair with Dainja.  So far, looking at the offers that they’ve given to the post players, there doesn’t seem to be an archetype prospect the Illini are looking for. 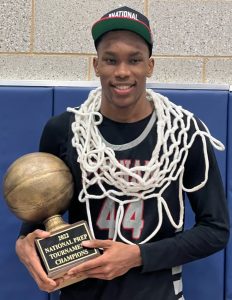 One rapidly rising star is Ugonna Kingsley, a 7’0” tall, 215-pound center originally from Nigeria. He currently plays for Putnam Science Academy in Connecticut. Kingsley is another player who was ranked lower but has shot up into borderline five-star status depending on the site you look at. While not as polished as Booker offensively, Kingsley brings elite rim protection on the defensive end as well as being one of the best rebounders when he is engaged.

There has been speculation about Kingsley potentially reclassifying into the class of 2022, but as it stands today, the chance of that happening appears to be slim. As far as his development goes, this may be a good thing. One more year of him being the focal point of his team’s offense could go a long way toward developing his confidence as he makes the transition to collegiate ball. For a guy his size, he shows good footwork and a soft touch around the rim, so he should be able to add to his offensive repertoire at a pretty good rate during his college years if he isn’t nabbed up by the NBA based strictly on his potential.

As far as his recruitment goes, he’s been offered by Kansas, Memphis, Oklahoma, Syracuse, Yukon, and Maryland to go along with Illinois in the past couple of months. While Kentucky hasn’t offered him yet, Kingsley has put out interviews stating that is his dream school. If Kentucky decides they want him, it may present everyone else with an uphill battle.  On the off chance they decide to go with another big man, Illinois could be a suitable option for a player that comes from the same AAU program as Cockburn. 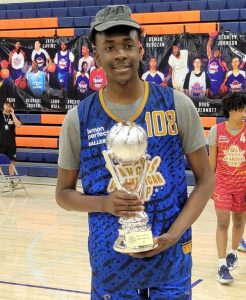 Of the prospects they’ve shown interest in, Xavier Booker (in my eyes) is clearly the most talented as it stands today. At 6’11” with extremely long arms Booker can play either the four or the five depending on who he’s paired with on the floor. During his first three seasons of high school, he hovered somewhere in the 50-100 range for each of the scouting services.  Recently, his stock has soared, and he’s become a consensus top 5 prospect.  Arguably, he could push for the number one spot when all is said and done.

I wrote about Booker recently as a re-class option. As it stands now, this will most likely not end up being the case. This leaves a year for Illinois to try to get deep into his recruitment. He’s drawn interest from a number of programs, most notably Duke, Kentucky, Kansas, Indiana, Gonzaga, USC, Auburn, Oregon, Arizona, Michigan, and Michigan State.

There is some speculation that Michigan State may be in the driver’s seat, but with him visiting Indiana this week on an unofficial visit, it suggests Booker is still open to what schools have to offer. Even if Illinois has a slim chance of getting him, it’s still worthy of them putting resources toward the effort. He would be an instant program changing Big. He’s a true “one and done” candidate and will likely be a top 5 NBA draft prospect whatever year he decides to go to the league. 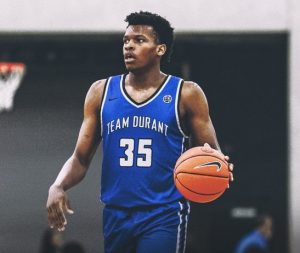 A name that’s been picking up steam for Illinois is Amani Hansberry. Though not as highly ranked by the scouting sites, Illinois, Maryland and Villanova are pursuing Hansberry hard so it indicates his ranking is probably going to need an update by the time he finishes high school ball. At 6’8”, most consider him too small for the true five position. But, as everyone just witnessed in the NBA Finals, at "just" 6 feet 7 inches tall Draymond Green is still getting significant minutes as a center.

Hansberry will have to produce big results to be evaluated at Green’s level, but there are similarities in their games. Both are good at switching defensively onto guards and wings and both play with an unrivaled energy and tenacity. Hansberry’s biggest development opportunity if he wants to ensure he makes the league, will be adding consistency to his jumper. Other than the prior three teams mentioned, Hansberry is considering Boston College, Penn State, LSU, Tennessee, and Wake Forest. Hopefully, Illinois can secure one of his official visits come this fall. 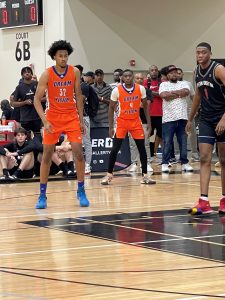 The fourth and final center that Illinois is considering is Jazz Gardner. At 6’11” Gardner is most comfortable playing on the perimeter. While he has shown he can shoot from outside fairly comfortably, there is a chance the Illinois staff would be looking for a little more toughness and willingness to fight inside on both ends of the court. That said, his length and touch make him an intriguing prospect. He is reminiscent of former NBA player Channing Frye.

To this point, it seems Gardner has a fairly high opinion of Illinois as an up-and-coming program. Others involved and active in his recruitment include Dayton, St. Mary’s, Texas Tech, and USC.  He also just received an offer from Houston - the team that eliminated Illinois in the NCAA tournament. It remains to be seen how hard they pursue him.

Other names could come out in the upcoming months, but it seems these four are a safe bet as to who Illinois could be tracking.  Any would be a more than solid addition to the Illinois basketball program.

With Booker and Kingsley looking like they might be longshots at the moment, that puts pressure on Illinois to land either Hansberry or Gardner. For Hansberry, Villanova and Maryland will be strong challengers as he is from the East Coast. For Garnder, USC, Texas Tech and Houston will likely be the competition. 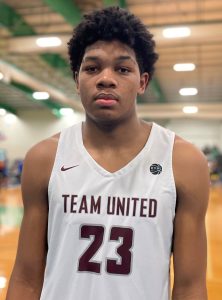 If I were a member of the Illinois staff, I might reach out to Donda Academy's center Brandon White to make sure the Illini have another option should all four centers listed above choose to go elsewhere. While there are questions about White's motor, his upside as a shot blocker and rebounder still remains one of the highest ceilings in the 2023 class. His athletic shot blocking would be a nice complement to Dainja's skills at the center position. White reminds me of Robert Williams of the Boston Celtics.

While White hasn't officially updated his recruitment since February, at that time he was impressed with the Illinois fanbase, the Illini player development, and Illinois coaching staff. Other schools involved in his recruitment included USC, UCLA, Florida State, Marquette, UConn and Tennessee. If White had not been injured during the high school season, he would most likely be rated much higher in the player rankings.