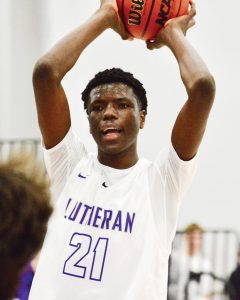 With as much turnover as rosters seem to have, it's almost a guarantee that the Illinois staff will try to get a big man in the 2023 recruiting class. Kofi will most likely be gone by 2023 creating an opportunity for another big man along with Omar Payne, Coleman Hawkins, and whoever they end up getting in the 2022 recruiting class. These three will provide a good base and allow the Illini to shoot for a high end difference-maker without it being a necessity.

There are some interesting recruits on the boards for Bigs...

The biggest prospect Illinois is pursuing is Baye Fall. This 6'11" center from Denver, Colorado is a true rim-running big man. He tries to dunk everything around the basket and is an elite shot blocker on the other end of the court. He still needs to put on weight, but that should come with time. He will most likely have offers from everyone in the country by the time it's all said and done. So far, he has offers from Auburn, Baylor, Kansas, Memphis, and USC to go along with his home state of Colorado. 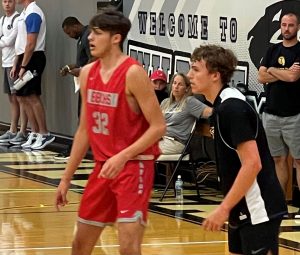 Bradley, Illinois' Owen Freeman is 6'10" and 220 pounds. He shows high basketball IQ and is patient while making his moves in the post. He excels as a passer, but to take his game to the next level he'll need to expand his jumper from outside. If he is able to do this, he would likely be able to play as a power forward or as a center instead of simply being boxed in as a full-time center at the collegiate level. He has offers from Indiana, Iowa, Michigan State, Purdue, and Wisconsin. There seems to be a mutual interest between Illinois and Freeman as Illinois staff had him on campus over the summer for an unofficial visit. 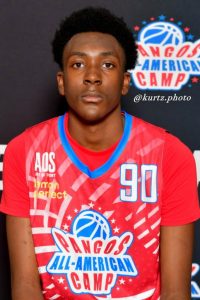 Another post player that has recently come to Illinois on an unofficial visit is Xavier Booker. He is from Indianapolis and there may be a Tim Anderson connection. The 6'10" leftie is a high-flying dunker and shot-blocker. While he could improve his footwork under the basket and his overall comfort in the half court, he shows potential as a shooter as a stretch big-man. He's another who would benefit from hitting the weight room hard to get acclimated at the college level. He has the frame to do so. Pulling him out of Indiana will be a tough task and he has offers from Purdue, Notre Dame, Louisville, Ohio State, and Indiana. 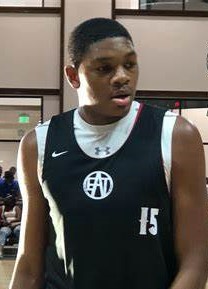 The most recent post player Illinois has shown interest in is Brandon White From Winston-Salem, North Carolina. He is 6'10", 240 pounds, and has as much long-term potential as any of the prospects listed above. His ability to block shots may be the best in the entire country for his age group. He can pin shots on the backboard - even above the square. He still needs to tune up his offensive package, but right now his physical dominance allows him to shoot baby hooks and dunk over smaller defenders with ease. His recruitment will most certainly pick up as time goes by, and he currently has offers from North Carolina State, Houston, Maryland, Pittsburg, South Carolina, and Wake Forest. Some bigger name programs who have shown interest but not yet offered include Florida State, Tennessee, Texas, and North Carolina. It is only a matter of time before he receives offers from these programs as he is that good of a center prospect.